Giving Tuesday: What It Is, How It Started, and How You Can Take Part 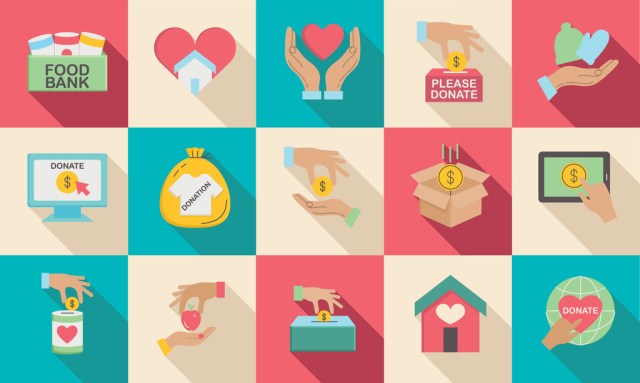 Giving Tuesday — widely heralded as a global day of giving back — takes place annually on the Tuesday after Thanksgiving. What was once a simple altruistic idea launched by two organizations has become a beloved holiday tradition that has spanned the world within a decade.

The first Giving Tuesday took place in 2012, a collaborative effort launched by The 92nd Street Y in New York and the United Nations Foundation. It was envisioned to serve as a sort of counterbalance to the highly commercialized, consumerism-centered events that had sprouted up after Thanksgiving — Black Friday and Cyber Monday, in particular — which focus on holiday shopping deals, Vox reported. Giving Tuesday’s founders hoped that people might welcome the opportunity to turn their attention away from making purchases and toward giving back to their communities and to charitable organizations. And they would happily prove to be right.

Prior to the inaugural event, The 92nd Street Y developed the #GivingTuesday hashtag, marketing advice, resources, and even a website with a logo, solely with the intention of guiding and encouraging others to join the movement. Rob Reich, a professor of political science and philosophy at Stanford University who participated in the development of the idea and now serves as chairman of the board for the official Giving Tuesday nonprofit organization, explained that not copyrighting any of these elements was intentional.

“It was a deliberate choice not to have intellectual property,” Reich told Vox. “We had a website with a logo but it was not copyrighted. You could use the hashtag, you could do whatever you wanted with it. Everyone could put their own content into it, with the hope it could spread.” 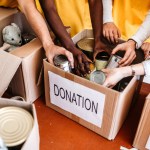 That first official event proved to be a success, raising an estimated $10 million for charities via online Giving Tuesday fundraisers. In 2013, $28 million was raised, and the global generosity movement has shown few signs of slowing down. Even during 2020’s COVID-19 pandemic and economic downturn, charitable giving hit record highs. According to the GivingTuesday organization, donations reached $2.47 billion in the U.S. alone — 25% higher than 2019’s figure — with around 35 million people participating.

In 2019, Giving Tuesday formally separated from The 92nd Street Y and became an independent nonprofit and global movement focused on the concept of radical generosity. As GivingTuesday’s CEO Asha Curran pointed out to Vox, “Giving Tuesday exists in countries where Black Friday and Cyber Monday don’t exist, and that reminds us that there’s this value that unites us.”

The official GivingTuesday website offers a wealth of information and advice on where and how to participate, with specialized suggestions tailored to individuals, businesses, schools, and charitable organizations. It’s also worth noting that Giving Tuesday is “not just a fundraising day,” according to Curran. Rather, it’s also a day to focus the spotlight on a larger discussion about giving back, having conversations about doing good, bringing attention to beloved causes, and more — all with the intention of encouraging people to make a more regular habit of giving and getting involved in their communities.

“We each have the power to make an impact with acts of generosity, no matter how small, and to ensure the sustainability of organizations and services that are crucial to the care and support of our communities,” Curran said in a statement in 2020, when the organization announced a day of global action for giving and unity in response to COVID-19. She added: “Even as many face financial uncertainty, generosity is not about size. Every act of kindness is not only a beacon of hope, it’s a critical act of civic and social solidarity.”