Celebrating Martin Luther King Jr. Day: All About the History — and Importance — of the Federal Holiday 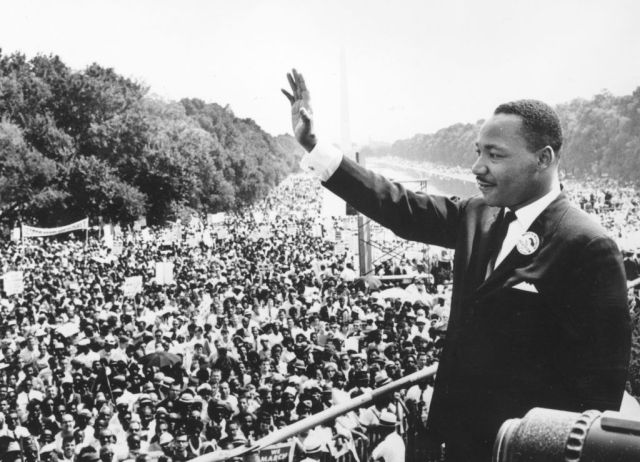 In the United States, Martin Luther King Jr. Day is a federal holiday that takes place annually on the third Monday in January. It celebrates the January 15 birthday — and more broadly, the life and achievements — of the civil rights leader. For those who aren’t fully familiar with the importance and necessity of the celebration, here’s a brief history behind the holiday.

King is one of the most prominent figures of the civil rights movement, which took place from the 1950s to 1960s. Born in Atlanta, Georgia, the Baptist minister and activist made it his mission to advocate for a nonviolent end to racial segregation. Some of his most influential achievements included leading the 1963 March on Washington, advocating for the passage of the Civil Rights Act of 1964, being awarded the Nobel Prize for Peace in 1964, and advocating for the Voting Rights Act of 1965. King was assassinated by James Earl Ray a few years later, on April 4, 1968.

Following King’s assassination, per Britannica, there was a call to declare his birthday a national holiday, and legislation to support this endeavor was introduced in Congress that same year. Unfortunately, racial prejudice and politically motivated objections would result in a delay of the federal designation for another 15 years.

As detailed at History.com, former democratic Congressman John Conyers was the first to call for a holiday honoring King. Four days after King’s assassination, on the floor of Congress, Conyers — one of the only Black members of Congress at the time — made his plea, to no avail. However, Conyers’ unwavering commitment to the cause over the next 15 years would play a crucial role in the eventual acceptance of the move to declare MLK Day a national holiday. As described by historian Don Wolfensberger, “Conyers would persist year after year, Congress after Congress, in introducing the same bill again and again, gathering co-sponsors along the way, until his persistence finally paid off.” 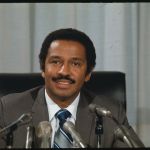 Conyers recruited the Congressional Black Caucus — “of which he was a founding member,” History.com reported — to join the fight. The CBC supported Conyers’ efforts in reintroducing the bill, year after year, and advocated for support within their constituent communities. By the early 1980s, the CBC had collected 6 million signatures in support of a federal holiday. Stevie Wonder’s song “Happy Birthday,” an ode to King, became a hit and further increased public awareness and support of the cause.

In 1983, during President Ronald Regan’s administration, the bill advocating for the designation of MLK Day as a federal holiday officially passed. According to Time magazine, Regan was for some time reluctant to throw his support behind the idea, having harbored “longstanding objections that this would open the door to many other groups seeking similar holidays.” At the time, President George Washington was the only individual figure whose birthday was designated a national holiday. However, Reagan eventually ceded to the ever-mounting support for the measure. In 1986, the first national Martin Luther King Jr. Day was officially observed.

Resistance to this persisted, though, particularly in a number of Southern states that opted to make their displeasure known by instead celebrating the day in honor of Confederate leader Robert E. Lee. It wasn’t until the year 2000 that every state officially observed MLK Day, underscoring the fact that support of equal rights remains, sadly, an often divisive subject.
Dr. Clayborne Carson, centennial professor of history, emeritus, at Stanford University and the founding director of the Martin Luther King, Jr. Research and Education Institute, cites the holiday as being important inspiration and a crucial reminder of what is possible when advocating for mass social change. “If you put someone on a pedestal, [then] you can’t really be like them,” Carson shared with Time in 2015. “But if you realize that he was a human being just like the rest of us, who was caught up in a great movement and did extraordinary things, then people begin to understand that they can do extraordinary things, too.”