Rats Bop Along to the Beat of Music Just Like Humans Do, Study Says 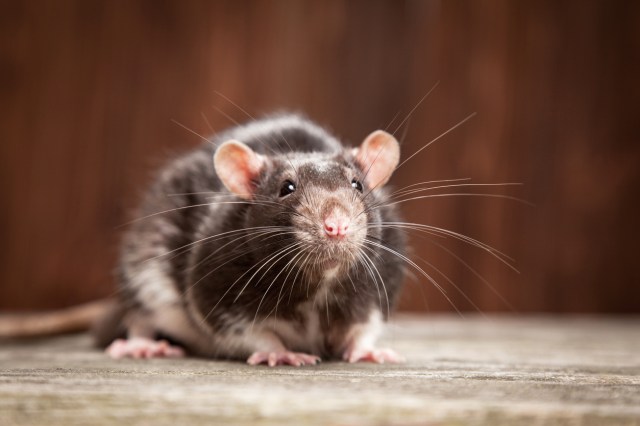 If you’ve ever found yourself swaying your hips to a supermarket soundtrack, you understand the power music has to, literally, move us. Now, first-of-its-kind research suggests that humans aren’t the only ones who get “into the groove.” In a new study out of The University of Tokyo (UTokyo), scientists found that rats, like humans, just can’t help but bop along to a great beat.

A team of scientists led by Dr. Hirokazu Takahashi, an associate professor at UTokyo’s Graduate School of Information Science and Technology, enlisted 10 rats and 20 humans for the study. The rats donned tiny, wireless accelerometers, able to measure the slightest of movements, while their human counterparts wore similar devices attached to headphones.

While listening to one-minute segments of Mozart’s Sonata for Two Pianos in D Major, K. 448 at four different tempos, including the song’s original 132 bpm, both species nodded their heads in a similar rhythm.

“Rats displayed innate — that is, without any training or prior exposure to music — beat synchronization most distinctly within 120-140 bpm (beats per minute), to which humans also exhibit the clearest beat synchronization,” Takahashi said in a UTokyo news release. 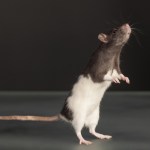 For further observation, both sets of participants were played tunes by Lady Gaga, Queen, Michael Jackson, and Maroon 5. (Sounds like a pretty enjoyable and eclectic listening experience, if you ask us!)

The study, published November 11 in Science Advances, confirmed one of two hypotheses the team raised. They were curious to determine if the rats, who have much faster heartbeats than humans, would sync up with the tempo that best matched the “time constant of the body,” something that varies widely across species. The alternate outcome predicted, and the one that occurred, was that the rats would sync up with music that matched the “time constant of the brain,” which is similar in most animals.

“Our results suggest that the optimal tempo for beat synchronization depends on the time constant in the brain,” Takahashi said. “This demonstrates that the animal brain can be useful in elucidating the perceptual mechanisms of music.”

The findings could help scientists learn more about the origin of music and the way it impacts our brains and bodies. “We all believe that music has magical powers, but we don’t know anything about its mechanisms,” Takahashi told AFP. He added that “music moves the body. It goes beyond the auditory system and affects the motor system … the power of sound is that great.”

Takahashi next plans to study how melody and harmony interact and relate to brain dynamics.  He’s also interested in how our brains create “human cultural fields” like art, music, technology, and religion. He commented in the UTokyo release that he believes that question is “the key to understand how the brain works,” adding, “as an engineer, I am interested in the use of music for a happy life.”