Major airlines like JetBlue, Virgin Atlantic, and even the United States Air Force, among others, have collectively committed to purchasing over 1 billion gallons of the sustainable fuel alternative. The company is optimistic that the innovation can transform aviation into an environmentally-sustainable form of transportation, according to CEO and co-founder Gregory Constantine.

“We have been quietly working on this innovation, and we’re proud to debut this SAF technology and commercialization in partnership with some of the most impactful and innovative companies in the world,” Constantine said in a recent press release. 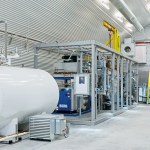 This climate-friendly fuel — distributed under the trademarked name AIRMADE™ SAF — utilizes excess carbon dioxide to create industrial carbon-negative alcohols and fuels that can be used to power jets. Air Company hopes the SAF will serve as a blueprint for global decarbonization.

“The aviation industry, for us, is really interesting, because it’s one of the toughest industries to decarbonize,” Constantine told Fast Company. Sustainable fuel alternatives and electrification have resulted in climate-friendly gains in the automobile industry in recent years, but significant infrastructural and technological challenges have slowed progress for other transportation modes. Aviation and other forms of transportation account for approximately 14% of global greenhouse gas emissions collectively, according to a study published by the American Chemical Society earlier this year.

“Traditional jet fuel, or kerosene, is a mix of hydrocarbons made from a series of chemical reactions,” Popular Science explains. Engineers must integrate more renewable starting materials in lieu of fossil fuels to make air travel more sustainable.

SAF instead utilizes carbon dioxide, a practically unlimited resource, without the need to blend fossil fuels.

“The benefit to what we’ve been able to do is create a 100% ‘drop-in’ fuel,” Constantine told Fast Company. “So no change needs to be made to existing engines.” 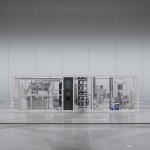 Results of a recent successful test flight conducted by the Air Force have stoked optimism within the industry, and now Air Company is eyeing the commercial flight industry in its efforts to phase out environmentally-destructive fuels.

SAF “has the potential to achieve commercial viability at scale—a game-changer for our industry to significantly and quickly drive down our emissions,” Sara Bodgan, the sustainability director at JetBlue, told Fast Company. The airline has committed to purchasing 25 million gallons of Air Company’s new fuel within the next five years.

“With [the launch of SAF], we and our partners aim to create a direct pathway towards a seismic shift away from legacy fossil-fuel-based production in a cost-effective manner,” Constantine said in a statement. “We’re excited about the future and anticipate seeing more partners commit to phasing out fossil fuel use and decarbonizing aviation altogether.”