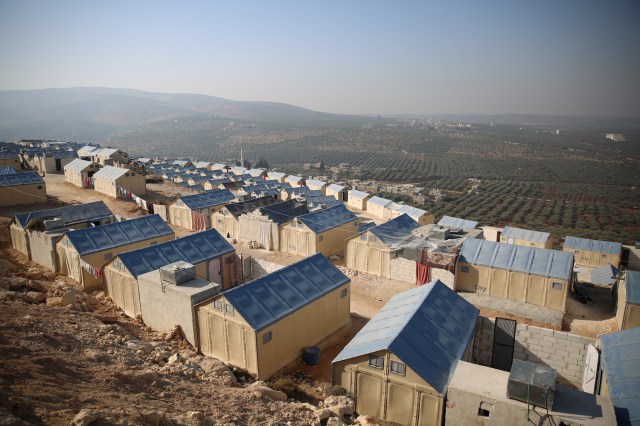 Having safe and adequate shelter is a fundamental human right that 1.6 billion people  worldwide do not have access to. Whether due to war, financial hardship, or natural disaster, not having a roof over one’s head can significantly diminish their health, safety, and quality of life. While tents provide some respite, they offer little protection from the elements and even less security. Better Shelter, a Swedish nonprofit, makes flat-pack shelters that provide a sturdier, more comfortable alternative.

With support from the Ikea Foundation, the charity has built temporary housing for displaced people from Ukraine to Senegal. The easy-to-assemble structures can also serve as medical facilities, schools, and community buildings. According to the organization’s website, more than 70,000 Better Shelter structures are in use in 78 countries, helping over 350,000 people. About 3,000 shelters were used in the COVID-19 pandemic response. 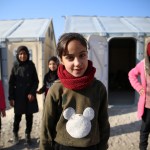 Ruba, 10, lives in a temporary Better Shelter Relief Housing Unit (RHU) in Ariba Camp, Idlib, Northwest Syria. She also goes to school here, and her classroom is housed inside an RHU. Better Shelter

The innovative design, developed in 2009, has won myriad accolades, including the Beazley Designs of the Year award. It was also listed as one of Time  magazine’s best inventions of the year in 2016.

With the number of refugees predicted to rise to 1.2 billion by 2050, solutions like Better Shelter are increasingly imperative. 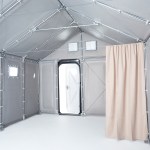 “Our shelters are the building blocks to a transitional life of dignity and hope for vulnerable persons,” the organization’s website says.

According to the BBC, it takes about five hours for a small team to build one shelter. “It is easy. It’s like Ikea furniture,” said Johan Karlsson, Better Shelter’s managing director, adding that it’s like a wardrobe in terms of its complexity. Each shelter has a light, sturdy frame, a locked door, and a small window for ventilation. 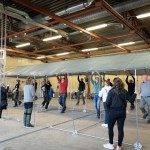 The structures are built to last five years. According to the website, they can be customized and repurposed using local materials and recyclable objects to make them more suitable for specific applications, climates, cultures, and inhabitants.

Walaa, a refugee from Syria who’d been living in tents with her family, moved into one of the shelters last year. She told the BBC there’s a “huge difference.” 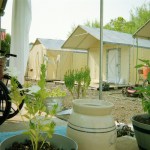 “The shelter protects us from the rain and sun,” she said, adding that, “A tent doesn’t protect you from the rain or the sun. Sometimes the heat burns holes in the fabric because it’s not very thick.”

Better Shelter’s website describes the structures as “symbols of encouragement and persistence” where people can find sanctuary, even if temporary.

“They come to camps; they marry in camps; they [have] children in camps. So it’s like, ‘Why are we still putting people in tents when we need something which is more durable, more safe, more dignified for families to live?” Karlsson told the BBC.