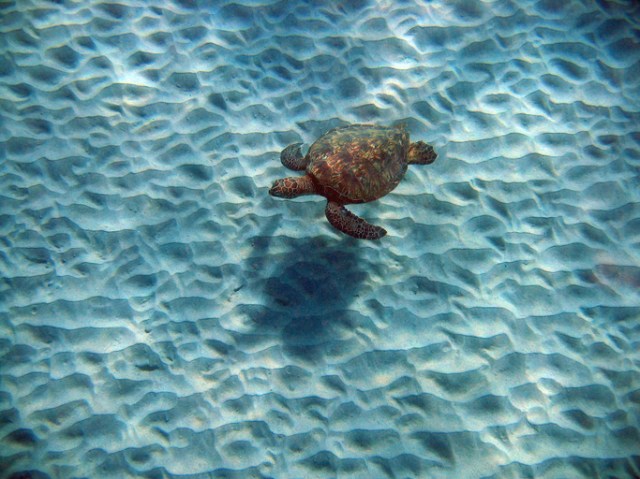 Communication is a fundamental building block for living creatures to form connections within their communities, and some of that communication is obvious: dogs bark, birds chirp, lions roar, and humans speak. Some animals, however, including turtles, have long been assumed to be silent  — until now.

A recent study authored by Gabriel Jorgewich-Cohen at the University of Zurich in Switzerland collected evidence of audible communication between sea creatures that had previously been miscategorized as nonvocal. The research suggests animals that communicate vocally may have a common ancestor that dates back more than 400 million years.

The study focused on collecting recordings from 53 species, 50 of which were turtles. Jorgewich-Cohen told the New Scientist that researchers have often overlooked turtle noises, assuming they were accidental or only defensive in nature.

He had a hunch that he could use data from his own pet turtles to prove that the reptiles communicate with each other as well. “I decided to record them, just to check it out. I found several sounds there… And suddenly, I had good sampling and I could understand a bigger picture,” he said.

RELATED: Sea Turtles Are Swimming in Safer Oceans After a Decrease in Poaching

Once his hypothesis was validated, Jorgewich-Cohen went on to conduct his study on a larger scale that combined his findings with previous research collected from 1,800 similar species. He determined that vocal communication in nose-breathing vertebrates evolved about 407 million years ago — much further back than scientists thought.

All animals communicate in their own unique ways that aren’t always audible to passive listeners, but Jorgewich-Cohen is tuned into researching communication previously believed to be nonexistent. In one fascinating example, he found that turtles begin coordinating with each other vocally before they even take their first breaths. “Sea turtles will sing from within their egg to synchronize hatching,” he told the BBC. “If they call from inside, they all come out together and hopefully avoid being eaten.”

What started as a study on pet turtles grew to a research project requiring scientists to take a further look into the entire history of acoustic communication, leading the way for a deeper understanding of how all living things — from sea creatures to humans — connect with one another.