Lake Tahoe Could Become Clearer Due to Changing Plankton Populations 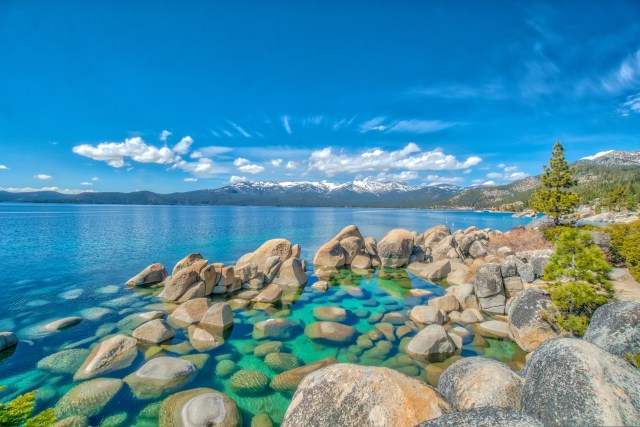 Lake Tahoe, which Mark Twain called “the fairest picture the whole earth affords,” is famous for its stunning crystalline waters. And in the next few years, scientists say, the world’s clearest large lake could become even clearer due to changes in its ecosystem.

In their annual “State of the Lake” report last week, researchers at the University of California, Davis outlined several significant changes for the lake, which straddles the border of Nevada and California. One of the most noteworthy, a decrease in the Mysis shrimp population, could enhance the water’s clarity over the next few years.

Mysis shrimp, also called opossum shrimp, are an invasive species. The California Department of Fish and Wildlife introduced them in the 1960s to feed the lake’s trout population, but the move quickly backfired. The Mysis population proliferated, gobbling up most of the lake’s native zooplankton, including daphnia, which eats algae. Without sufficient daphnia, algae flourished along with the Mysis, diluting the lake’s clarity. Meanwhile, the average trout size decreased.

Billions of Mysis now inhabit the lake, but the population has fluctuated. Scientists first observed this about a decade ago when a natural dip in the Mysis population in Lake Tahoe’s Emerald Bay dramatically increased its clarity. However, the population swelled again a few years later. That spurred an effort in 2018 to begin culling the Mysis population using trawls. Although the Mysis’ natural population decrease is temporary, it may give the daphnia population a chance to rejuvenate, particularly when paired with manual removal efforts. In time, researchers predict the result will be less algae and clearer waters.

Besides restoring the water’s clarity, researchers say a reduction in Mysis could benefit the lake’s ecosystem, according to the Los Angeles Times. Kokanee salmon eat daphnia, and a higher daphnia population could increase the average salmon size. Moreover, clearer waters inhibit invasive species from reproducing and allow Tahoe residents to drink non-filtered water.

Researchers have monitored the 1,645-foot-deep alpine lake since 1968. To measure clarity, they lower a 10-inch-wide white disk into the water and mark the deepest depth at which it is visible. According to the Times, the average depth of visibility in 2021 was 61 feet. Federal and state regulators aim to achieve a depth of visibility of 97 feet and 4 inches in the future.