Abu Dhabi: The Hottest Cycling City on Earth and How It Earned Its Title 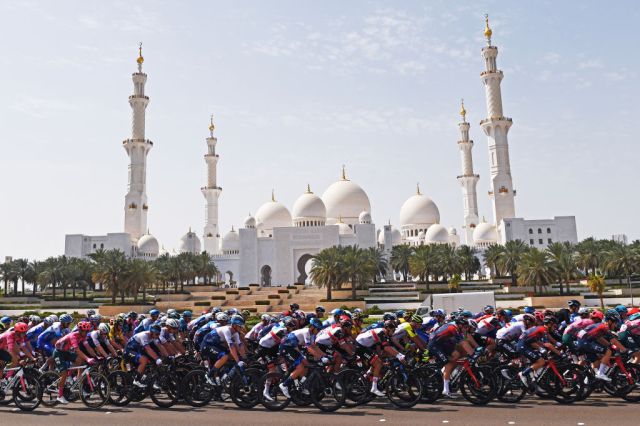 Looking for a cycling experience unlike anywhere else on Earth? Abu Dhabi may be the spot for you.

Last year, the capital of the United Arab Emirates became the first city in the Middle East and Asia to be designated as an official “Bike City” by the sport’s governing body, the Union Cycliste Internationale, CNN reported.

In recent years, miles of designated bike paths have appeared beside new highways. And while the blazing summer temperatures may make it the world’s hottest cycling city, with most bikers riding before sunrise or after sunset, the milder winter climate allows enthusiasts to ride year-round.

The locale attracts beginners to experts, offering everything from pleasant bike rides along the waterfront Corniche to intense journeys up Jebel Hafit, and welcomes locals and visitors alike. “One of the main objectives is to have more tourists come and have a bike vacation in Abu Dhabi,” Al Nukhaira Allkhyeli, executive director of the Abu Dhabi Cycling Club (ADCC), told CNN.

The ADCC, which was established in 2017, is another perk of cycling in the second-most populous city of the UAE. The organization, which is free to join, “coordinates public and sports cycling events in the emirate,” according to CNN, while raising awareness of cycling as a way to enhance a healthy lifestyle.

One of the main attractions is the Yas Marina Circuit, which hosts Formula One auto racing events and is open to the public for cycling in the morning or evening.

Another highlight is Al Hudayriyat, an island south of the city that offers free facilities, including a cycle track and a bike park with trails that vary in levels of difficulty. Ricky Bautista, an employee at a cycle shop in Dubai and user of the track, gave a positive review of the spot after his coworkers convinced him to try it out.

“It’s really challenging [sometimes] because of the wind, but then you change direction and you feel like you’re flying and it’s more enjoyable,” he said.

While the unique riding experience alone is enough to draw in cyclists, the new Bike City is continuing to expand its features. A bike path linking Abu Dhabi with nearby Dubai and an indoor cycle-racing arena are both currently in the works.