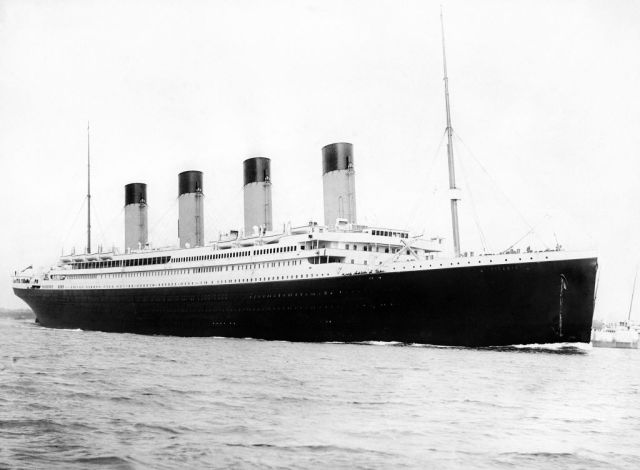 The RMS Titanic sank more than 110 years ago, but explorers are still uncovering new details about the famed ship. This past August, OceanGate Expeditions released “unprecedented” 8k video footage of the underwater wreck — and the insight it provided has experts giddy.

Captured during the organization’s 2022 Titanic Expedition, the recordings offer incredibly detailed visuals of the ship’s bow (made famous by Jack and Rose’s “I’m flying” scene in the 1997 Titanic film), as well as of the portside anchor, hull, and anchor chain.

“I’ve been studying the wreck for decades and have completed multiple dives, and I can’t recall seeing any other image showing this level of detail,” Rory Golden, OceanGate Expeditions Titanic expert and veteran Titanic diver, explained in a press release at the time. “It is exciting that, after so many years, we may have discovered a new detail that wasn’t as obvious with previous generations of camera technologies.”

In the future, the video may be used to track the Titanic’s rate of decay and document the shipwreck in greater detail. It will also help identify the species that live in and around the wreck — and it’s been determined that there are quite a few.

Just two months after the footage was released, OceanGate announced another exciting development from the same expedition: The team had discovered a previously unknown reef teeming with aquatic life — solving a 26-year-old mystery in the process.

In 1996, a blip on a sonar alerted veteran diver and submersible pilot PH Nargeolet to the presence of a large, mysterious object in the wreck’s vicinity. After nearly three decades of wondering what it could be, Nargeolet had his answer. The rocky reef that he and his team located comprises volcanic formations, corals, sponges, lobsters, and fish — all “thriving at 2,900 meters deep in the North Atlantic Ocean,” said OceanGate Expeditions’ chief scientist, Dr. Steve W. Ross.

“It is biologically fascinating,” Murray Roberts, one of the expedition’s researchers, told CNN in November. “[Nargeolet] did a really important piece of scientific work. He thought it was [another] shipwreck, and it turned out, in my mind, even more amazing than a shipwreck.”

Scientists will be analyzing footage of the reef, with hopes it will enable deeper study and conservation of the vulnerable ecosystem. “The marine life … was so beautiful,” Nargeolet shared with the outlet. “It was really unbelievable, because I was never expecting to see that in my life.”

The OceanGate team is preparing to embark on a new expedition in May.