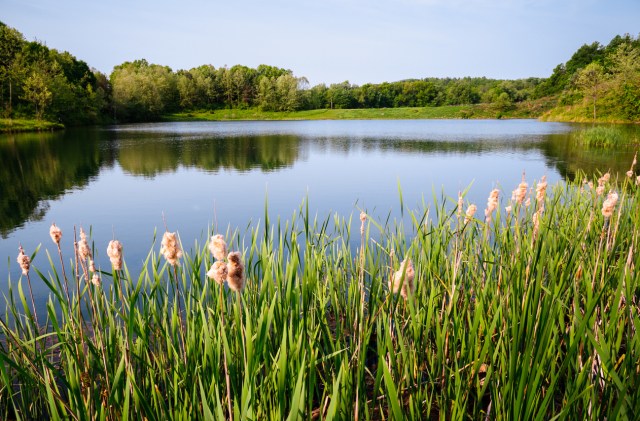 When the National Park Service (NPS) acquired the Krejci Dump in 1985, it was a toxic wasteland — filled with rusty metal and contaminated with chemicals. Today, after a decades-long effort, it is part of Ohio’s Cuyahoga Valley National Park and home to flourishing wildflowers, salamanders, toads, bald eagles, and more.

On 45 acres of land in Boston Heights, Ohio, the Krejci Dump first operated as a privately owned operation back in the 1940s. After its owners began allowing in industrial waste from local companies like Ford, Chrysler, and Waste Management of Ohio, the site accumulated thousands of barrels oozing with toxic chemicals, including arsenic, lead, cadmium, and carcinogens.

Thinking the site had only been used as a metal scrapyard, and thus unaware of the contamination when it bought up the land to incorporate it into a national park, the NPS anticipated a relatively easy cleanup. Only after workers began getting ill did the organization understand the true level of toxicity, according to ABC’s News 5 in Cleveland.

Once the immense effort and cost required to rehabilitate the land was realized, the Environmental Protection Agency (EPA) called on the corporations responsible for the pollution to fund a $50 million cleanup project. Over the many years they worked on the site, crews removed nearly 400,000 tons of contaminated soil and all of the barrels containing chemicals and toxic sludge, transferring them to an EPA-certified disposal facility specifically designed to handle waste of that kind.

Veronica Dickerson, a manager at the National Park Service’s Environmental Compliance and Cleanup Division, worked on the remediation of the site for over seven years. “We consider everything — not just human health. We care about the bugs and bunnies so that ecological risk assessment factor kicks in to make sure we are being protective of everything for future generations in perpetuity,” she told ABC.

And she’s immensely proud of how far it’s come: “It’s amazing. I can’t even put words to it. To see all this come to fruition and be done and being able to give it back to the public is the greatest gift.”

In 2021, the land officially (and finally) became part of the Cuyahoga Valley National Park, which comprises 33,000 sprawling acres between Cleveland and Akron, Ohio. The cleanup was the largest in NPS history, according to Chris Davis, a plant ecologist for the park. But it was well worth the effort. “Krejci was a ‘biological desert,’ meaning almost nothing could live in the area,” he told National Geographic. He added: “To find this diversity of species there today is remarkable.”

Although it wasn’t an easy road, the transformation is a reminder that hope is not lost when it comes to rehabilitating polluted lands.