Meet the World’s Oldest Practicing Physician: At 100, Dr. Howard Tucker Shows No Signs of Slowing Down 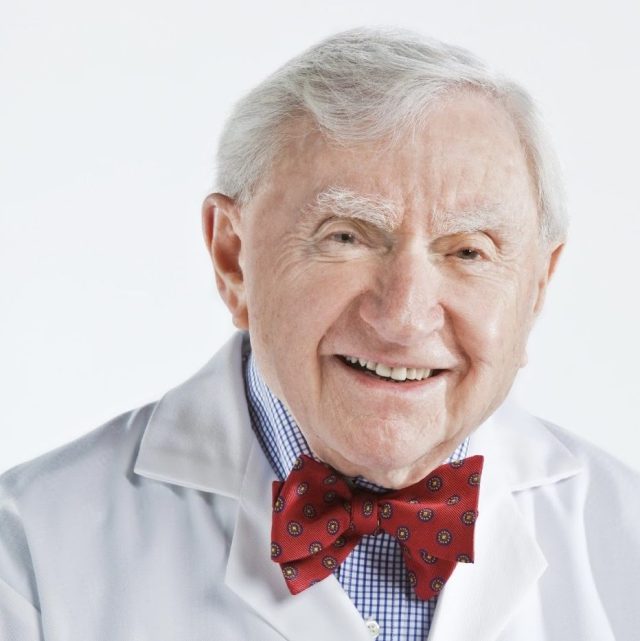 There are all kinds of jaw-dropping, record-breaking feats chronicled by Guinness World Records, but the one set by neurologist Dr. Howard Tucker in 2021 is surely one of the more inspirational ones. Tucker was verified to be the world’s oldest practicing physician at the age of 98, and now, two years later, he still sees patients twice a week and teaches medical residents at St. Vincent Charity Medical Center in Cleveland, Ohio — while also using his law degree to consult on medical cases, and enjoying newfound fame as a social media sensation.

To say that not a lot appears to slow him down would be an understatement. Tucker broke his kneecap hiking in the Alps in his 70s, and nearly a decade later, broke his neck in a skiing accident during his 80s, ultimately none the worse for wear. Shortly after turning 100 this past July, he caught COVID-19, but he continued to teach residents virtually. Prior to that, the 2020 pandemic hadn’t stopped him from seeing his patients in the office.

“I truly love what I do so going into the hospital to treat my patients was a no-brainer,” he told Guinness World Records. “As a physician, it is my responsibility to care for my patients. I obviously took the necessary precautions to stay safe and protect myself, but I still went to work like any other day.”

More recently, he underwent a series of rabies shots after having been bitten by a bat, Cleveland.com reported, and not long ago took a tumble down some stairs and sustained an injury that required spinal fusion surgery — none of which seems to have dissuaded the good doctor from continuing to live life to the fullest. 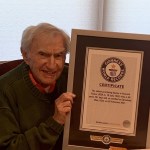 A World War II veteran of the U.S. Navy, Tucker has been practicing medicine since 1947, for over 75 years. Being a doctor and having lived for more than a century, he’s got a number of recommendations for leading a long and vibrant life. One of his stronger stances is this: keep yourself busy.

“I look upon retirement as the enemy of longevity,” Tucker explained to Today, adding that if people do elect to retire from their jobs, “they should at least do something as a hobby, whether it be communal work or self-hobbies … you need a stimulus for the brain daily.”

Tucker practices what he preaches. He passed the Ohio Bar Exam at age 67, and, thanks to his law degree, spends his days off working as an expert witness and reviewing medical cases, per Cleveland.com. While in his 60s, he went to law school in the evenings simply because he found the legal field interesting.

He acknowledges that luck plays a part when it comes to longevity. “Heredity and family history of longevity is a healthy start,” he noted in his GWR entry, Today reported. “However, it must be supported by moderation of nutrition, alcohol, and happiness.” 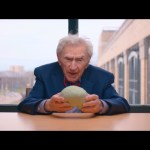 Tucker doesn’t smoke, but he drinks alcohol socially and enjoys his weekly Friday evening martinis with his wife Sara, to whom he’s been married for 65 years. The couple has four children, and 10 grandchildren. He focuses on good nutrition, but enjoys things in moderation, and regularly swims and jogs. Since the skiing accident, he replaced the sport with snowshoeing, and also makes good use of his home gym, which is equipped with a treadmill, stationary bike, and a NordicTrack.

It almost seems inevitable that such an inspirational real-life figure would be garnering newfound fame as a TikTok star — which he is — and thanks to his grandson, Austin Tucker, and one of Austin’s former university classmates, filmmaker Taylor Taglianetti, a feature-length documentary about Tucker entitled What’s Next is in the works. The title seems apt given Tucker’s zest for life.

“I think I’ll live forever, knowing that it’s not real. But I feel that way,” he told Today, adding, “You die once, but you live daily … focus on the living.”