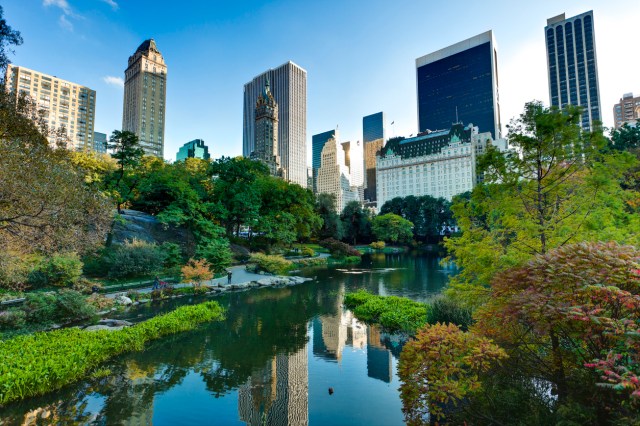 Time spent in nature has long been lauded as a tonic for the mind and soul. And a recent study published by Environment International suggests that living within 300 meters (roughly 984 feet) of public urban green spaces, like parks and wooded areas, is better for your body, too.

According to the research, being in close proximity to greenery results in a 16% reduction in the risk of having an ischaemic stroke, a medical event in which the blood supply to part of the brain has been interrupted or reduced.

By analyzing the health data of 3.5 million adults in Catalonia, Spain, between 2016 and 2017, the study observed that more pollutants in one’s immediate environment correlate to a higher risk of stroke.

Increased levels of nitrogen dioxide (NO2), which is linked to vehicular traffic, had the most direct relationship with ischaemic stroke risk.

“It should be borne in mind that, unlike other air pollutants, which have various sources, NO2 is mainly caused by road traffic,” environmental epidemiologist Cathryn Tonne said in a press release. “Therefore, if we really want to reduce the multiple risks that this pollutant poses to people’s health, we need to implement bold measures to reduce car use.”

The study doesn’t definitively prove that green spaces are the direct cause, or only cause, of the reduction in stroke risk, but the initial findings look promising, and an ever-growing body of research on the subject is uncovering other correlations between nature and other positive impacts to physical health.

The main takeaway, researchers said, is that cities need to ensure wider access to green space.

“In view of the effects of atmospheric pollution, the lack of green spaces, noise, and so forth, more efforts and populational strategies are needed to reduce its impact. Its harmful effects are permanently and globally damaging,” said Dr. Jaume Roquer, head of the Neurology Service at Hospital del Mar. “We must strive to achieve more sustainable towns and cities where living does not mean an increased risk of disease.”

If you’re not fortunate enough to live within such close proximity to a park or similar type of public green space yet, though, take heart. As noted in a report published in Scientific Reports in 2019, the amount of time an individual spends outside in natural environments (otherwise known as “direct exposure”) also correlates to health benefits.

In other words, if the green isn’t to be found directly next door to you, you can close the gap yourself and seek it out. With this method, the report suggests that spending at least two hours per week in a green environment reaps rewards, and that the positive impact of doing this actually appears “somewhat stronger for health than well-being.”

A walk in the park a day keeping the doctor away? It’s certainly not a bitter pill to swallow.