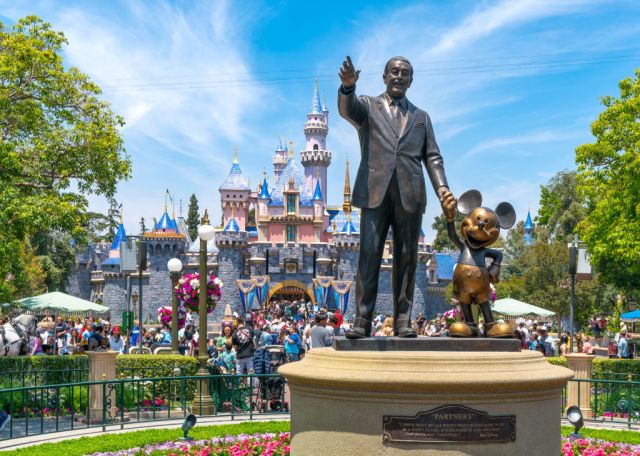 “Ohana means family. Family means nobody gets left behind.” The quote from Lilo & Stitch sums up how Disney’s parks have been working to become more inclusive of all visitors.

Guest Zoe Tapley, who is deaf, experienced it this past July when she was meeting characters at Disneyland in Anaheim, California.

Jeanette Tapley, Zoe’s mother, explained to Upworthy that when the woman dressed as Anna from Frozen used American Sign Language (ASL) to communicate with her daughter, “Zoe was in shock.”

“She was so excited to be chatting with a Princess without my husband or I having to jump in and assist her,” Tapley added. “She just kept saying, ‘Wow!!!’ We all just cried because it was so special and surprising!”

Tapley captured the sweet moment on video and shared it on TikTok, where the post has amassed 2 million views and nearly 500,000 likes.

“We are just so thankful. Zoe has loved reading notes from people, she feels seen and loved and it’s been really fun to know that she is not alone. We are SO [incredibly] thankful to Princess Ana for loving our family like this. We are forever bonded and I believe that she will be Zoe’s favorite princess for all of time,” Tapley said.

While the trip was Zoe’s second time to the amusement park, it was her first experience interacting with a character who knew sign language.

The heartwarming interaction isn’t the first time a Disney character has communicated with a guest using ASL. In 2016, a video of Captain America using ASL with a parkgoer went viral, and the Disneyland Resort has been actively working on inclusivity for guests who are hard of hearing since 2010.

In our hearts, the true superheroes and princesses are the ones who embrace inclusion for all of their fans.