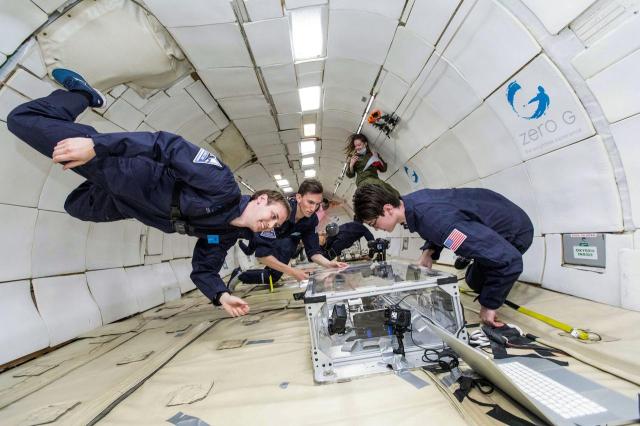 First we go to the moon, and then we go to Mars — that’s the impetus behind NASA’s ongoing Artemis missions. And as the goal to send more people to live, work, and learn in space seems increasingly in our reach, it may be helped along by an experimental manufacturing process that the space agency calls “black box extrusion.” Scientists hope that the process, which was recently tested aboard the International Space Station (ISS) for the first time, will one day capitalize on the microgravity in space to create parts and structures that are impossible to build on Earth.

For now, the magic happens inside a microwave-sized metal box, which, along with a number of other experiments, was launched via SpaceX’s 26th commercial resupply mission on November 26. After spending around 45 days aboard the ISS, where it was used to manufacture various small parts, the box is set to return to Earth early Wednesday morning, and scientists will begin testing the integrity of its space-made creations.

“This experiment leverages the microgravity environment to extrude both common and complex branching shapes,” principal investigator Ariel Ekblaw said in the November NASA news release about the mission. “Our method reduces the time to produce key parts needed for daily mission use and it may support future space construction of large structures like trusses and antennae.” Ekblaw is the founder of the Massachusetts Institute of Technology’s Space Exploration Initiative, responsible for developing the novel process.

In an interview with NASA, her colleague, MIT engineer Martin Nisser, who is working on his doctorate, further explained the motivation behind the project: “Our ability to manufacture structures in space is really key to the success of sustainable, long-duration future space missions,” he said. 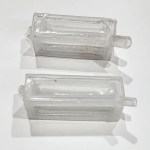 The method involves filling flexible “skins” in the shape of whatever part is needed, a nut or a bolt for example, with liquid resin that is then hardened under a UV light. Both the skins and resin can be sent to space in a compact manner. Researchers also hope that the process could one day be used to create large parts that would fail under Earth’s gravity, such as very long beams that would sag if built on our planet.

But taking advantage of microgravity isn’t the only reason extrusion could prove useful. The process of flying large parts to space can be difficult and expensive, as anything that goes up must fit aboard a rocket. For instance, the James Webb Space Telescope’s massive sunshield — the size of a tennis court — had to be built to meticulously fold up into a much smaller size for launching, Popular Science explained in a piece about the experiment.

And extrusion is just one of multiple projects designed to investigate space construction. According to The Washington Post, others involve creating both individual tiles that can self-assemble and “origami-shaped” connected tiles that can unfold themselves.

Speaking to the Post last Friday, Ekblaw expressed her excitement about the project’s potential. In addition to enabling astronauts to work on building and improving space stations more quickly, and with “less complexity” and cost, she said, “It starts to unlock more opportunities for exploration.”