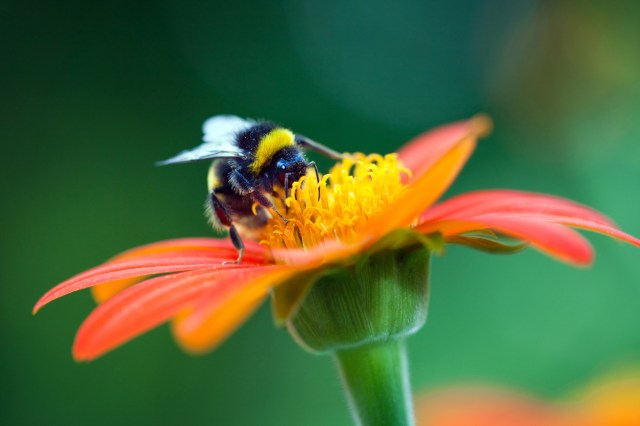 Bumblebees are known for being excellent workers, helping to maintain and operate a nest while also pollinating plants and flowers. But accomplishing tasks isn’t the only thing these social little buzzers do — they enjoy playtime, too. In a first-of-its-kind study led by Queen Mary University of London and published in Animal Behaviour, researchers found that bumblebees “play.”

The team observed 45 bumblebees in an arena and gave them two pathway options to choose from: one unobstructed path led to a feeding zone, and the other opened to an area with wooden balls. Throughout the experiment, conducted over the course of 18 days, the bumblebees were observed choosing the latter pathway and rolling the wooden balls a number of times, then returning to roll them again.

“A total of 910 ball-rolling actions by 45 bumble bees were recorded. Individual bees rolled balls between 1 and 44 times on an experimental day, and between 1 and 117 times across the whole duration of the experiment,” the study reads.

These observations were “mind-blowing, at times amusing, to watch,” Samadi Galpayage, lead author of the study, said in a press release. Galpayage added: “They approach and manipulate these ‘toys’ again and again. It goes to show, once more, that despite their little size and tiny brains, they are more than small robotic beings.”

The authors noted that a 2017 study showed that bees can be trained to roll balls to gain access to a reward; but the bumblebees in the new study were not trained to roll the balls, and were not given any type of food reward for doing so. It appeared to the researchers that the bees were doing this “‘just for fun,’ that is, to play.”

RELATED: How Animals Can Develop Kindness and Empathy in Children

Per the press release, this is the first recorded evidence of an insect exhibiting object play —  a behavior well documented in various other animals, like dogs, bears, and cheetahs.

Professor Lars Chittka, a professor of sensory and behavioral ecology at Queen Mary University of London, said that the research “provides a strong indication that insect minds are far more sophisticated than we might imagine. There are lots of animals who play just for the purposes of enjoyment, but most examples come from young mammals and birds.” 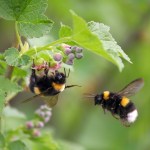 Knowledge of bees’ capabilities has expanded in recent years – like teaching other bees tasks, for example — but learning that they play, too, confirms that there is still much to learn from these humble pollinators.

Furthermore, the recordings show that bees may have deeper feelings, similar to larger animals.

“They may actually experience some kind of positive emotional states, even if rudimentary, like other larger fluffy, or not so fluffy, animals do. This sort of finding has implications to our understanding of sentience and welfare of insects,” Galpayage said. “And will, hopefully, encourage us to respect and protect life on Earth ever more.”