“Auld Lang Syne”: Behind the History of the Song and Why We Sing It on New Year’s Eve 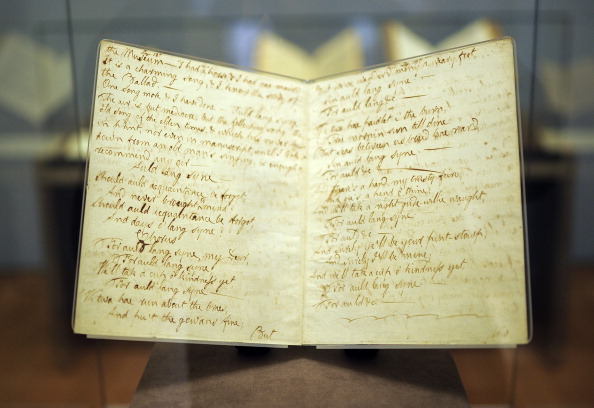 The song “Auld Lang Syne” is all but inescapable on the night of December 31, indelibly intertwined with New Year’s celebrations in many English-speaking countries. But where did it come from, and what does it mean?

The phrase “Auld Lang Syne” is from the 18th-century Scots language, and translates to “old long since,” or more generally, “the olden days,” according to Vox. The lyrics have famously posed an ongoing challenge to modern revelers who routinely struggle to recall the words beyond the opening verse and chorus. (Here are the full lyrics, courtesy of CNN.) But with the lyrics’ focus on companionship and remembrance, it’s become a beloved part of the New Year’s Eve tradition across the world.

The poem “Auld Lang Syne” by Robert Burns has often been credited as the primary source of inspiration for the song’s lyrics, but the truth is decidedly more complicated — so much so that The Morgan Library & Museum in New York curated an exhibit around the song’s origins and evolution in 2011.

Burns was an 18th-century Scottish working-class poet and lyricist who traveled throughout his country, learning and collecting the traditional songs he heard. Of his famous poem, Burns himself admitted that he “took it down from an old man,” per RobertBurns.org.

“Burns said in one of the letters on view that he listened to an old man singing the song and that it had never been in print or in manuscript until he wrote it down from that old man singing,” Christine Nelson, curator of the Morgan’s 2012 exhibit, told CBS News. “He didn’t make any secret of the fact that he was doing what he called ‘mending’ these old songs. So that they could be, you know, given to the public for posterity.”

Murray Pittock, a literary historian, said in an interview with The Washington Post that “Burns denied he wrote it because he didn’t. He edited it, though how much we don’t know.” He later added: “It’s impossible to say how many texts and tunes ‘Auld Lang Syne’ is derived from.”

Scholars believe there were a variety of source materials, some dating as far back as the 16th century, that inspired and shaped Burns’ version.

David Hopes, director of the Robert Burns Birthplace Museum in Alloway, Scotland, shared with USA Today that Burns adapted an earlier version of the lyrics written by another Scottish poet, Allan Ramsay. The museum displays both the Burns’ version and Ramsay’s version so that visitors may compare and draw their own conclusions.

The song’s present-day tune by all accounts isn’t the original melody that Burns would have first heard, either. It was music publisher George Thompson who paired the lyrics with the music of a different traditional Scottish melody, CBS News reported.

“It fit metrically with the words of ‘Auld Lang Syne’; we don’t have a record of how he made that decision to bring them together, but he did, and that is what we sing now,” Nelson told the outlet.

In Scotland, Burns remains a literary hero whose oeuvre encompasses famous works such as the epic poem Tam o’Shanter. And while he never attempted to pass “Auld Lang Syne” off as his own exclusive creation, it seems it shall remain forever intertwined with his name.
Click here to listen to a beautiful performance of the song by the Choral Scholars of University College Dublin.