The Americans With Disabilities Act Turned 32 This Year: Learn Its History 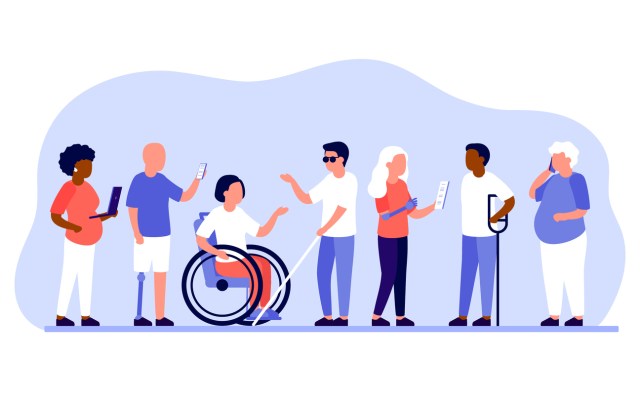 On July 13, 1990, congress passed the Americans with Disabilities Act (ADA), landmark legislation for the approximately 40.7 million Americans living with disabilities — a community that has been fighting for its members’ civil rights for decades.

The ADA followed other legal triumphs, such as The Rehabilitation Act of 1973, previously passed in 1972 but revised to include language protecting Americans with disabilities from discrimination by federally funded programs. Next came the Education for All Handicapped Children Act in 1975, which guaranteed children with disabilities equal access to free public education. The act was renamed and expanded in 1990, becoming the Individuals with Disabilities Education Act (IDEA). In 1988, a congressional task force was formed, without federal funding, to educate the public on the discrimination faced by community members.

The ADA, however, provides Americans with disabilities the most significant legal protection and was inspired in part by the Civil Rights Act of 1964, which broadly prohibited discrimination on the basis of race, gender, religion, or national origin. Since the civil rights movement, activists with disabilities and their advocates have worked alongside other minority groups to effect change — marching on Washington, lobbying, and staging sit-ins. Perhaps the most impactful of their efforts was the “Capitol Crawl,” in which members of the American Disabled for Accessible Public Transit (ADAPT) put aside their mobility aids and crawled up the Capitol steps, demanding congress pass the ADA.

Less than five months later, on July 26, the ADA was signed into law. A long overdue triumph, the act ensured access to public accommodations and transportation, mandated that businesses provide reasonable arrangements for employees with disabilities, and “identified the full participation, inclusion and integration of people with disabilities in all levels of society,” the Anti-Defamation League (ADL) website explains.

While progress has been made in terms of accessibility and inclusion, there is much more to be done: Americans with disabilities still face biases across various industries today. But the community will continue to advocate for itself — according to the ADL, “The promise of the ADA is yet to be fully realized, but the disability rights movement continues to make great strides towards the empowerment and self-determination of Americans with disabilities.”

Read more about the history of the disability rights movement here, and learn how implicit biases about people with disabilities can be measured and mitigated.