Stress Has a Smell and Dogs Can Detect It, Study Says 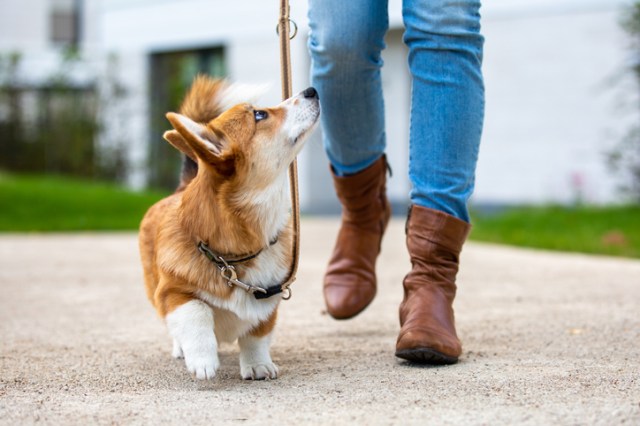 If you’ve insisted your canine companion can tell when you’re upset, even without any external indication of your emotions, you’ve got some science to back it up. Research suggests that dogs can pick up on human stress by using the strongest tool they have: their sense of smell.

Published in September, a study out of the United Kingdom tested whether four pet dogs — named Treo, Fingal, Soot, and Winnie — could detect stress hormones in sweat and breath samples taken from 36 human participants. In 675 out of 720 trials, the dogs were able to differentiate the “stressed” samples from the baseline samples.

“This study has definitively proven that people, when they have a stress response, their odor profile changes,” lead author Clara Wilson, a doctoral student at Queen’s University Belfast, told The Guardian, later adding, “It was pretty amazing to see [the dogs] be so confident in telling me ‘nope, these two things definitely smell different.’”

To collect the stress samples, Wilson and her team had its human participants count backward from 9,000 in units of 17, out loud and in front of researchers (either via a video call or in person). To up the ante, the researchers spoke to participants sternly as they counted, insisting that it was important they perform the test accurately. If an incorrect answer was given, the researcher would interrupt with the word “no.”

Unsurprisingly, almost 80% of participants reported feeling stressed by the task, and increased blood pressure and heart rate were recorded in 27 of the people who performed it in the lab, according to The Guardian. Samples that reflected an increase of at least two points from a participant’s baseline stress level were provided to the dogs about three hours later.

Though this study may be one of the most recent examples, it’s far from the first time canines — whose senses of smell are 10,000 to 100,000 times stronger than ours — have used their noses to detect changes in humans’ physical states.

According to Diabetic Alert Dogs of America, certain canine companions are trained to pick up on the smells released when changes in blood sugar levels occur in their owners. Additionally, a study published online in 2016 showed that dogs were able to detect certain cancers via exhaled breaths, while another from 2019 demonstrated that they could identify the disease by sniffing blood samples.

The September research may have similarly useful implications. Canines who assist people with PTSD are typically taught to look for visual signs, such as crouching down or self-injurious behaviors, but the new evidence could offer additional cues. “There is definitely a smell component, and that might be valuable in the training of these dogs in addition to all of the visual stuff,” Wilson told The Guardian.