Meet Flossie: The World’s Oldest Cat Is Almost 27 — And She Never Misses a Meal 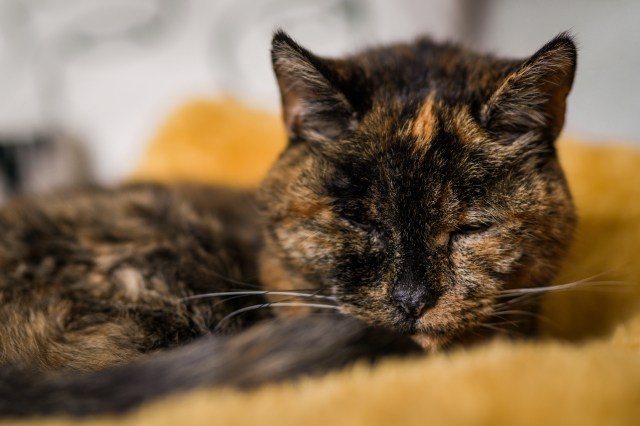 The secret to a long life is good food and lots of naps. At least, it is for a British cat named Flossie, who — at the impressive age of 26 years and 316 days (as of November 10) — was named the world’s oldest cat by Guinness World Records.

Flossie is in good health as she approaches her 27th birthday, and though she’s deaf and her eyesight has declined, her appetite remains strong. “She never turns her nose up at the chance of a good meal,” Flossie’s current owner Vicki Green told the records publisher in a news release. 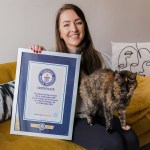 In her nearly three decades of life, Flossie has experienced much happiness, but also several twists and turns, including outliving two owners.

In December 1995, she and several other cats were living as strays on the streets of Merseyside, England, when she was adopted by a worker at a nearby hospital. She lived with that first owner for a decade, until the person’s death. Flossie then moved to the owner’s sister’s home, where she spent another 14 years. Sadly, that woman also passed away, so her son took over tending to Flossie. The cat was 24 years old by that time, and required special attention due to her advanced age. After nearly three years, her third owner made the difficult decision to entrust her care to a rescue called Cats Protection.

“We were flabbergasted when we saw that Flossie’s vet records showed her to be 27 years old,” said Naomi Rosling, a branch coordinator for the nonprofit. She added: “She’s the oldest cat I’ve ever met — around 120 in human years.”

Though older cats are often passed over in favor of kittens at adoption events, Flossie wouldn’t be living out the rest of her days with Cats Protection. Green, an executive assistant who has experience caring for senior cats, soon welcomed the elderly kitty into her home.

“I knew from the start that Flossie was a special cat, but I didn’t imagine I’d share my home with a world record holder,” Green told Guinness World Records. “She’s so affectionate and playful, especially sweet when you remember how old she is. I’m immensely proud that Cats Protection matched me with such an amazing cat.”

Green understands the great joy that can be found in adopting older animals, and she hopes Flossie’s story will serve as inspiration for others to follow suit. Her last kitty companion, Honeybun, lived to 21 years. “I’ve always wanted to give older cats a comfortable later life,” Green said. 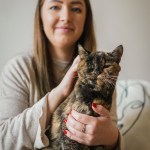 And Flossie, though the current record-holder, is far from the oldest cat to have ever lived. That honor goes to a Texas feline named Creme Puff, who made it to age 38 before crossing the rainbow bridge in 2005.

These days, Flossie spends her time curled up in her favorite yellow blanket or snuggling with her new owner.

“If I’m in such good shape when I’m her age with someone who does what’s best for me when I need it most, I shall be a very happy lady,” said Green.