Friends Appreciate Being Reached Out to More Than We Think, Study Finds 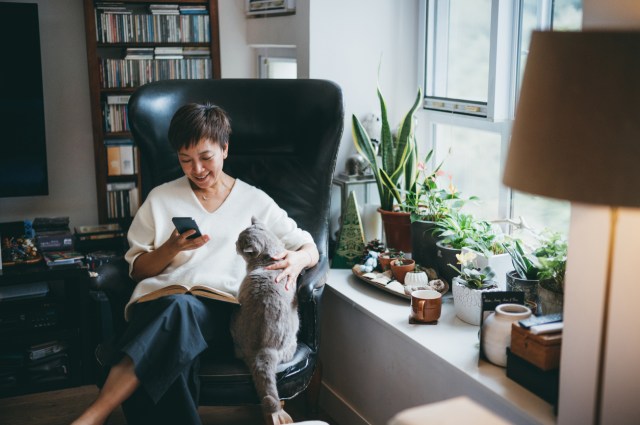 If you’d like to text an old friend but worry they won’t appreciate the gesture, new research might compel you to hit “send.”

In a paper published by the American Psychological Association (APA), researchers found people consistently underestimate how much others in their social circle appreciate a surprise check-in. What’s more, the more unexpected the connection, the more grateful the recipient.

“People are fundamentally social beings and enjoy connecting with others,” lead author Peggy Liu, Ph.D., of the University of Pittsburgh, told the APA. “There is much research showing that maintaining social connections is good for our mental and physical health. However, despite the importance and enjoyment of social connection, our research suggests that people significantly underestimate how much others will appreciate being reached out to.”

The study, published in the Journal of Personality and Social Psychology, involved more than 5,900 participants. Researchers conducted a series of experiments to evaluate how accurate people are at estimating how much others appreciate an attempt to connect and what factors contribute to their level of appreciation.

In one experiment, researchers asked half of the participants to recall the last time they reached out to someone in their social circle after a long time without interacting. Then, researchers asked them to imagine, on a 7-point scale — ranging from “not at all” to “to a great extent” — how much the recipient appreciated the contact. The remaining participants recalled a similar scenario in which someone had reached out to them. Using the same scale, they indicated how much they appreciated or felt pleased by the gesture.

Other experiments in the study had volunteers send short notes or small gifts along with notes to friends they hadn’t interacted with for some time. Again, they used the 7-point scale to imagine how much the recipient appreciated it. Afterward, researchers asked the recipients to use the same scale to indicate their feelings.

Across the board, researchers found people who initiated contact significantly underestimated how much recipients valued the gesture. The study also showed that the more unexpected the communication, the greater the disparity between expectation and reality.

Liu told The Guardian she and her team wanted to conduct the research because they felt people were drifting apart more and wondered why that might be. The results of the study suggest many people want to reconnect with friends but hesitate to do so and that those hesitations may be misplaced.

“I sometimes pause before reaching out to people from my pre-pandemic social circle for a variety of reasons. When that happens, I think about these research findings and remind myself that other people may also want to reach out to me and hesitate for the same reasons,” Liu said.

“I then tell myself that I would appreciate it so much if they reached out to me,” she added, “and that there is no reason to think they would not similarly appreciate my reaching out to them.”