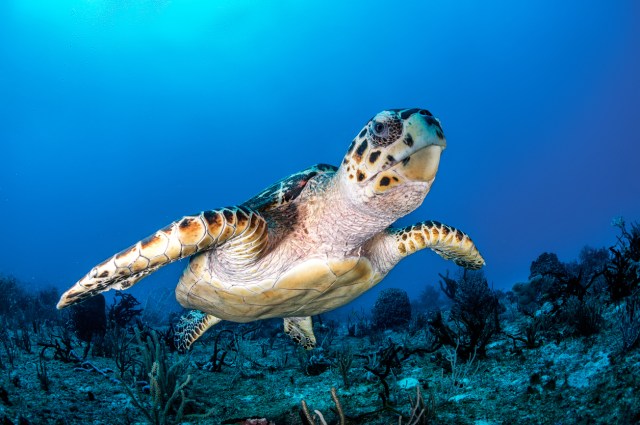 Poachers have long been hunting and harming the global population of the reptiles: During the 30-year time span between 1990 and 2020, over 1 million sea turtles were illegally harvested, per the study. Though the number is alarming, researchers have now concluded that the illegal catch of sea turtles has decreased in the past decade by almost 30% — a win for the animals and their ecosystems.

“Contrary to popular belief, most sea-turtle populations worldwide are doing quite well,” Senko told Nature. “The number of turtles being exploited is a shocker, but the ocean is big, and there are a lot of turtles out there.” An estimated 6.5 million sea turtles continue to roam the sea, though the exact number is difficult to definitively determine.

Sea turtles have an impressive lifespan, though no two are exactly alike. A loggerhead can live up to 80 years or more, while Kemp’s ridleys — the smallest sea turtle in the world — have a lifespan around 30 years. A green turtle is the largest hard-shelled turtle, whereas a leatherback is the biggest on the planet. 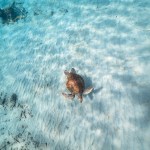 There are several hotspots throughout the world that are popular for breeding and hatching. Many of these places are close to the warmth of the equator, like the Great Barrier Reef in Australia and the Gili Islands in Indonesia. Additionally, there are islands in the Philippines and Malaysia that are dedicated to maintaining and protecting sea turtles: ​​Selingan, Little Bakkungan, and Pulau Gulisaan, which are only able to be explored with a guide in order to protect the turtles and guests.

The recent study indicates that conservation efforts to protect turtles are largely working, with a particularly “notable” drop in the poaching of green turtles, the most frequently exploited species.

“The silver lining is that, despite the seemingly large illegal take, exploitation is not having a negative impact on sea-turtle populations on a global scale. This is really good news,” Senko said.
They do remain endangered, but efforts to preserve the population are on track to increase and protect the future of the ocean swimmers.