Daylight Saving Time 2022: Inside Its History and the Push to Become Permanent 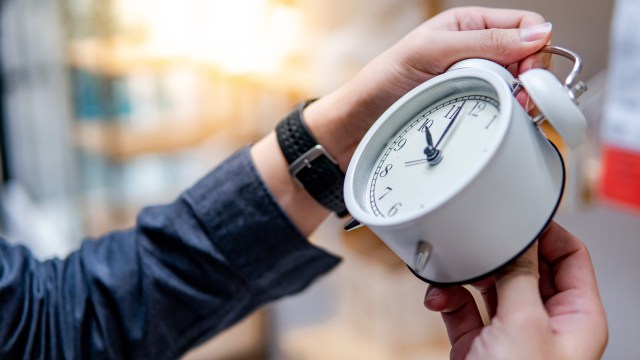 Get ready to reset the clocks: The end of daylight saving time is here again. This juncture, which takes place at 2 a.m. on Sunday, November 6 in the United States and Canada, marks the moment when time will “fall back” one hour. In other words, we’ll all gain an extra 60 minutes this weekend.

The biannual dates vary slightly from year to year, with clocks moving forward by one hour on the second Sunday of every March and then moving back again on the first Sunday of every November, per the Almanac. Given the general confusion caused by this, the phrase “spring forward, fall back” has long been used to help people recall in which direction the clocks move during which season.

For those opposed to the earlier hours of nightfall every November, there recently had been, at least fleetingly, a potential light at the end of this proverbial tunnel of long-standing tradition this past spring. In March, the U.S. Senate passed legislation to permanently end the practice starting in November 2023 via a measure called the Sunshine Protection Act, which was unanimously approved. However, the bill seems to have stalled in the House of Representatives, with legislators acknowledging that there are more pressing matters to address first. (It’s only after the House passes the bill that it can move on to President Biden for signature.)

So what prompted the historic practice of daylight saving time in the first place?

Many people credit Benjamin Franklin with at least floating the notion of adjusting one’s habits according to the sun’s rise and fall, thanks to an essay entitled “An Economical Project,” which he penned in 1784. Of course, the truth is a bit more complicated. 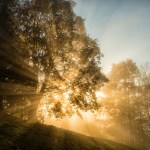 It was actually an Englishman named William Willet who, in 1907, first wrote “that so many as 210 hours of daylight are, to all intents and purposes, wasted every year is a defect in our civilization,” according to Almanac. Willet proceeded to lobby members of Parliament as well as the U.S. Congress to consider the seasonal time change, although his proposal was widely scorned at the time.

World War I prompted a more serious consideration of extending daylight hours in an effort to conserve fuel as homes at the time largely relied upon coal for heating. Germans first adopted the extension of daylight hours in 1915, and in 1916, British Summer Time began, with clocks moving ahead an hour from May 21 to October 1 in Britain.

A few years later, in 1918, the United States introduced the Standard Time Act, which served to establish time zones, although the practice was still met with considerable public opposition. However, with President Woodrow Wilson’s declaration of war in April 1917, the tide of public opinion turned, and Congress set forth that at 2 a.m. on March 31, 1918, all clocks would be moved ahead one hour.

Contrary to popular belief, U.S. farmers and other working-class people had generally never been proponents of the practice, although it was only after the first World War ended that they began to make their frustrations known. A writer at the time pointed out that “the farmer objects to doing his early chores in the dark merely so that his city brother, who is sound asleep at the time, may enjoy a daylight motor ride at eight in the evening,” Almanac reports. In 1920, the law was repealed due to opposition from dairy farmers.

RELATED: A Special Lunar Eclipse, Aquatic Constellations, and More: Your Guide to the November 2022 Night Sky

Following the attack on Pearl Harbor in December 1941 and the start of World War II, daylight saving time was once again instated to save fuel in the U.S.  After the war ended, it was used periodically in different states. Eventually, in 1966, the Uniform Time Act was passed to ensure consistent use of daylight saving time, which established that clocks were to be set one hour forward on the last Sunday in April and one hour back on the last Sunday every October. The U.S. only arrived at the present “spring forward, fall back” schedule via the Energy Policy Act, which took effect in 2007.

Given its complicated history, it’s hardly surprising that the future of daylight saving time remains unknown. As to whether the House will decide to turn its attention toward pushing the bill forward, only time (with its current seasonal fluctuations, for now) will tell. Until then, enjoy catching some additional zzz and staying under the covers on Sunday.