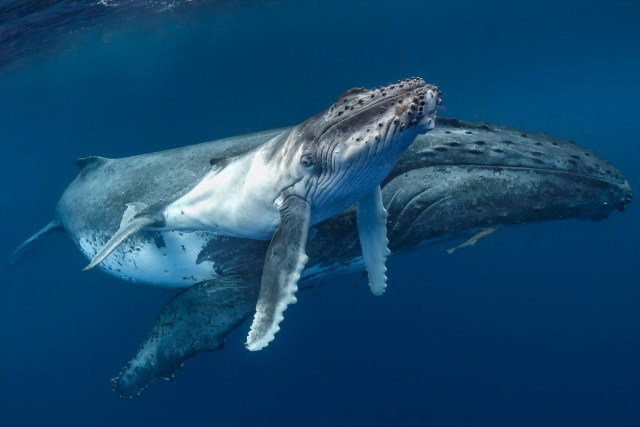 While you sun, swim, and snorkel in the ocean this summer, scientists are working deep beneath the surface to protect some of its most precious marine life from becoming bycatch.

Gillnets are the tool of choice for catching many species, from salmon to cod to tuna. But these mesh fishing nets are nearly invisible in the water, which means other animals could get caught and become unwanted bycatch. According to the World Wildlife Fund, an estimated 300,000 small whales, dolphins, and porpoises (also called cetaceans) die each year from getting entangled in fishing nets — a major problem that scientists are trying to solve through some fairly simple methods.

Positive News reports that German marine biologists have created a low-tech solution to the longstanding environmental threat, which is one of the most harmful consequences of commercial fishing.

Threading fishing nets with tiny acrylic glass beads produces a warning sound that helps the sea creatures — which use echolocation to navigate — swim around the nets.

The polymer in the acrylic bounces back biosonar signals as echos, alerting the animals to the obstacle in their path. Without the beads, the cetacean’s built-in sonar can’t detect them otherwise. So far, it seems to work. In early trials in the Baltic Sea, harbor porpoises largely escaped being trapped by the nets.

Marine biologist Daniel Stepputtis, who works at the Thünen Institute of Baltic Sea Fisheries in Rostock, Germany, helped devise the beaded solution. In an interview with The Guardian, he described how the sea swimmers are able to detect floats and leadlines, but become confused by the nets.

“When [a creature] detects two obstacles with a few meters of space in between, it obviously thinks ‘I can pass through there,’” Stepputtis said.

Steppettis and his colleagues still have more research to do, but their innovation has the potential to decrease bycatch around the globe.

A study in the Frontiers in Marine Science journal found that by tuning the beads to specific frequencies, scientists can use the nets for other animals that use echolocation, such as the Amazon river dolphin.

Meanwhile, scientists in other parts of the world are coming up with new ways to combat bycatch. A 2019 study by the University of Exeter held off the Peruvian coast found that fishing nets lit with LED lights reduced sea turtle bycatch by 70%. And a similar solution, adding green lights to nets, has been successful off the coast of Baja California, bringing in 63% less bycatch than traditional nets.

The innovative ideas could save thousands of whales, dolphins, and porpoises, and keep our oceans full of diverse marine life.