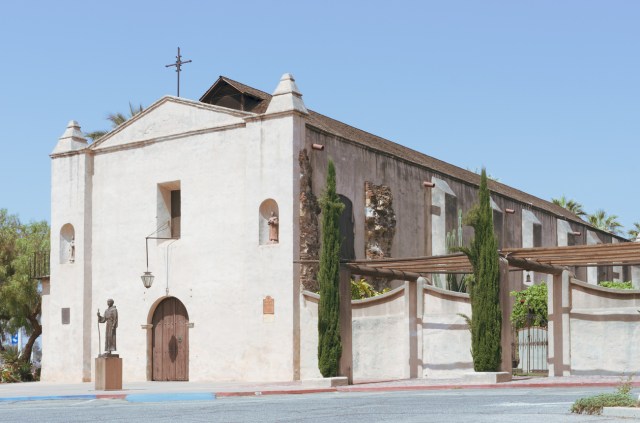 “For the first time I sometimes don’t know what to do,” Father John Molyneux, pastor of the Mission San Gabriel parish in Southern California, recalled after the 251-year-old mission was found ablaze on July 11, 2020. The San Gabriel Fire Department responded to the “significant fire structure” before dawn, which was classified as a four-alarm fire shortly thereafter. Eighty firefighters battled the flames as pieces of the room fell in the early morning hours.

“The first firefighter on the scene, a captain, told me he was married in this church,” Molyneux told U.S. Catholic, where he previously served as editor-in-chief.

The baptistry floor was flooded with water from the fire department’s efforts, causing the original tiles to sink 18 inches, and all electrical wiring was damaged. The choir loft area damage included the Wurlitzer organ, window, wood risers, stairway, and railing, and the historic pulpit was damaged by falling roof debris. Although the fire destroyed most of the mission’s coffered inner roof, the firefighters were able to control the blaze before it reached the altar — “a true miracle,” the church noted in a weekly bulletin as restoration efforts were underway last year. 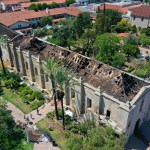 On September 10, Los Angeles Archbishop José H. Gomez will celebrate the temporary reopening of Mission San Gabriel, marking the first mass to be held in the mission since the arson. The private, invite-only Mass (which can be viewed online) will also honor the mission’s 251 years of service — the founding of Mission San Gabriel in 1771 predates the founding of the United States (1776) and of Los Angeles (1781). The total price of repairs hovered at $7 million, Terri Huerta, the mission’s director of development and communications, told the Los Angeles Times.

Beyond the 2020 fire, the Mission has weathered extensive damage in its history: In 1812, an earthquake “shook the building structures and caused a three-bell campanario to collapse,” according to SeeCalifornia.com, and the Whittier Narrows Earthquake of 1987 shook its foundation and further damaged the property. Mission San Gabriel has been reinforced and rehabbed by its clergy and community members time and time again.

“This fire changes nothing,” Gomez said the day after the fire, U.S. Catholic reported. “Mission San Gabriel will always be the spiritual heart of the church in Los Angeles, the place from which the gospel still goes forth.”

At the news conference announcing the charges brought against the man responsible for the fire, Molyneux thanked fire and police officials and pledged “continued cooperation with the district attorney’s office as [the community] seek[s] justice tempered with mercy.”

“Our community of faith at the mission is close-knit and has been rocked by this incident,” he said. “For many lifelong parishioners, this fire has been a little death. But we are resurrection people and look ahead to the future with a renewed sense of hope and purpose.” 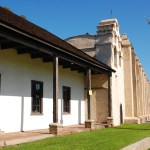 Molyneaux also reflected on the church’s restoration this week with credence.

“I think it’s been a crisis that provided us with a great opportunity to work on a church that really needed to be worked on,” he told the Los Angeles Daily News.