Inside South Georgia Museum: One of the Most Remote Museums in the World 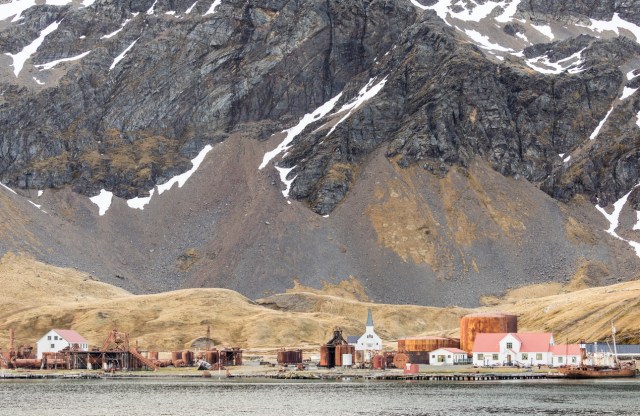 Nestled on an island in the South Atlantic Ocean is the South Georgia Museum, one of the most remote museums in the world.

There are no passenger flights or ferries to or from Grytviken, South Georgia, so the majority of visitors arrive on a cruise ship or yacht. The island itself only sees about 10,000 visitors a year and there are no permanent residents — only a group of around 20, made up of scientists, maintenance staff, and museum workers who brave the island’s cold weather conditions.

Traveling to the museum, which is only accessible by sea, requires advance planning. South Georgia Museum staff all travel to the island from abroad for the southern hemisphere spring, or mid-October, and most come from the United Kingdom, around 8,000 miles north, BBC reported.

“If it goes well, it’s a week’s commute from the U.K.,” Sarah Lurcock, director of the South Georgia Heritage Trust, told BBC. “I have been on the boat [leaving the island] when it suddenly went off in pursuit of a suspected poacher. I missed a family holiday, because it was three weeks before I got home.” 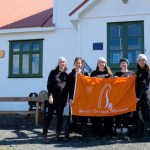 South Georgia Museum is located in Grytviken’s old whaling station. Whaling, or the hunting of whales for their usable natural products, such as meat and oil, ceased there in 1964. The building that now houses the museum once served as the whaling manager’s home and office and went unused for over 20 years before it opened to the public as a museum in 1992. It’s now operated by the Dundee, Scotland-based charity South Georgia Heritage Trust (SGHT).

The museum, which offers free admission, “exists to protect, document, and promote the cultural and natural history and heritage of South Georgia and the South Sandwich Islands,” according to its website, and “aims to make this history and heritage accessible both to the visiting public and to those unable to visit this remote region, through exhibitions, education and outreach.”

Collections and displays are owned by the Government of South Georgia and the South Sandwich Islands (GSGSSI), a British Overseas Territory in the Southern Atlantic Ocean. The museum houses a natural history collection, artifacts, exhibitions related to the early history of sealing and whaling as well as Antarctic explorer Sir Ernest Shackleton, and more. The museum rooms are named after individuals who contributed to the growth or conservation of the island in some way, as well as a former governor of the Falkland Islands. Those who can’t make the trek to the faraway museum can view its online exhibitions, including a synopsis of Shackleton’s polar explorations.

The museum, like many others, shut its doors during the COVID-19 pandemic. It fully reopened this year and is expected to welcome the highest number of visitors (around 15,000) this season, with 113 cruise ships booked to visit.

Museum curator Jayne Pierce told BBC that the island “is infectious and addictive. The sights, the sounds and the smells are overwhelming.” She is part of an all-female crew of five who helped reopen and prepare the museum for the season.

The temperature is ideal for visitors October through December, but still, daytime highs don’t often reach above 40 degrees fahrenheit. For those who work there, internet access is patchy and fresh food options are rare. It’s not for everyone, but for the staff that calls it home for parts of the year, it’s a unique form of paradise.

“Stepping away from the world has been a treat,” said Pierce.