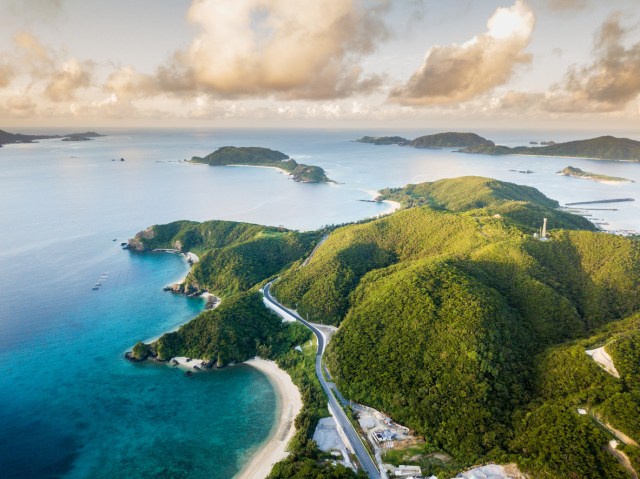 Japan, a longtime leader in global technology, has engineered an innovative system that harnesses the power of ocean currents to produce a consistent, renewable source of green energy.

According to Bloomberg, the giant subsea turbine, made by IHI Corp., has been in the works for over a decade. Recently, the heavy equipment manufacturer based out of Japan successfully debuted a 330-ton prototype turbine called Kairyu, which collects energy and transmits it via seabed cables. Anchored to the ocean floor 100 to 160-feet below the surface, Kairyu resembles an airplane, with two counter-rotating turbine fans and a central fuselage containing a buoyancy adjustment system.

Kairyu has generated about 100 kilowatts of steady, emissions-free power in tests to date. The creators are angling to generate two megawatts of energy in future trials, with plans to start commercial operations in the 2030s.

In its commercial application, the turbine will channel electricity from the Kuroshio Current, one of the world’s strongest ocean currents, which runs along the east coast of Japan. Japan’s New Energy and Industrial Technology Development Organization (NEDO) said the Kuroshio Current could generate as much as 200 gigawatts, about 60% of the nation’s current generating capacity, Bloomberg reported. Ultimately, Kairyu and machines like it could provide the stable energy supply Japan needs to wean itself off of fossil fuels and reduce its carbon footprint.

Japan has been exploring renewables for some time, especially as the Fukushima nuclear disaster deterred the nation from pursuing atomic power.  Like many nations, it has invested the bulk of its green energy funding into wind and solar, but  marine energy could be distinctly advantageous for the island nation — and the rest of the world.

Ocean currents produce notably more consistent, reliable energy than solar and wind. Specifically, ocean currents have a capacity factor of 50-70%, whereas onshore wind has 29%, and solar 15%. With oceans covering more than half of the earth’s surface, marine energy is also widely accessible.

“Ocean currents have an advantage in terms of their accessibility in Japan,” Ken Takagi, a professor of ocean technology policy at the University of Tokyo’s Graduate School of Frontier Sciences, told the outlet. “Wind power is more geographically suited to Europe, which is exposed to predominant westerly winds and is located at higher latitudes.”

According to the Office of Energy Efficiency & Renewable Energy (EERE), deep-sea currents are just one potential source of marine energy, along with waves, tides, and differences in water temperature. Besides providing a reliable, clean source of electricity and reducing dependence on fossil fuels, marine energy is resilient and widely available, with the potential to provide power to even the most remote communities. Several companies and governments worldwide are already utilizing marine energy in local and large-scale applications, though Kairyu is one of the most promising to date.

“People may say that this is just a dream, but we need to try everything to achieve zero carbon,” Takagi said.