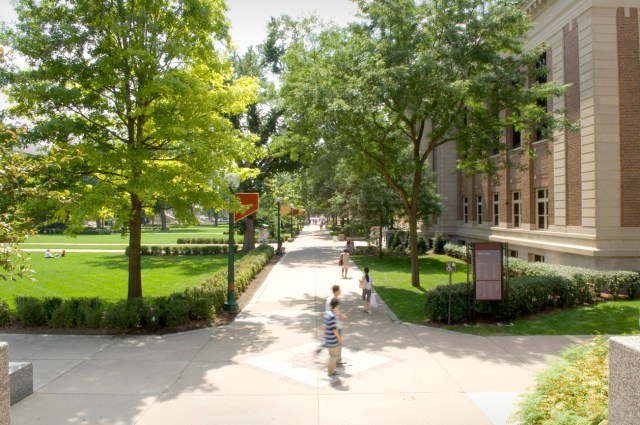 Like millions of others around the globe, Elliott Tanner started back up at his college’s graduate degree program this fall. But while many of his fellow students at the University of Minnesota might be driving themselves to campus or hitting parties on the weekends, Elliott’s experience is a bit different. He’s only 14 years old — and he’s pursuing his Ph.D. in physics.

Elliott started his college career at just 9, when he began taking classes at his local community college in Bloomington, Minnesota. As such, he’s experienced being something of a classroom oddity a few times over. But it really isn’t as big a deal as it may seem, he told Fox9 News: “Sometimes there is sort of a ‘wow’ period for a week or two and then everyone just kinda gets used to seeing me in class, and it becomes a normal occurrence.”

Elliott’s family has long known he’s gifted — the youngster started doing math as a toddler and became a member of Mensa International at the tender age of 6, Minnesota Parent reported. But the rest of the world was made privy to his academic prowess when he graduated from UofM earlier this year at age 13 with a bachelor’s degree in physics and a minor in math, making waves in the media and earning him a loyal following of supporters wanting to see him succeed.

For Elliott, who wants to be a high energy theoretical physicist, the next logical step was to earn a doctorate, so he and his parents were ecstatic when he was accepted to UofM’s prestigious Ph.D. program. They quickly realized, however, that the over $20,000 a year admission was a hurdle that would prove challenging. “You don’t think you’re going to have to pay for college for a 9-year-old, let alone grad school for a 13-year-old. So we weren’t prepared for that part,” his mother, Michelle, told KSTP.

After exhausting all options for grants and scholarships, the family started a GoFundMe, and were blown away by the overwhelming support they received from the many strangers rooting for Elliott. His first year’s tuition was funded within a month, and more people have contributed to assure his second year is paid for as well.

RELATED: 13-Year-Old Is Youngest Black Person to Get Accepted Into Med School

Now, as Elliott said to KSTP, he can continue toward his goal to “spread this joy and passion for physics with other people.” And he’s got some advice for anyone else with lofty dreams.“I suppose the main sort of words would be keep going,” he said, according to Mpls St. Paul magazine, adding, “you’ve got this, you can achieve great things if you just put your mind to it.”