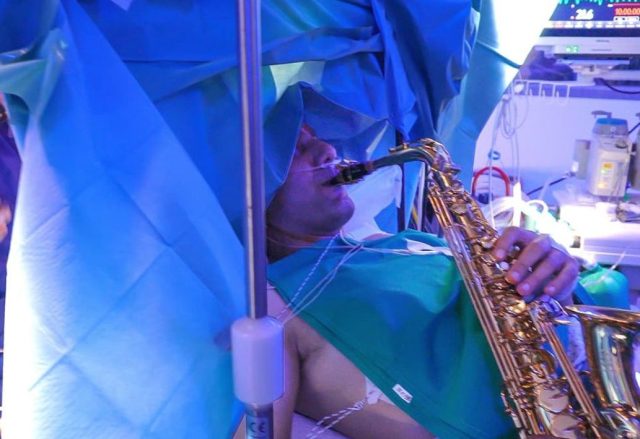 The human brain is considered by many to be the most complicated thing yet discovered in the universe — so it stands to reason that brain surgery would be one of the most complicated medical procedures. On October 10 in Italy, a patient turned that procedure into an even more impressive showcase of human capability: He played his saxophone throughout the nine-hour operation on his brain.

The patient, a 35-year-old man identified only as GZ, underwent the procedure, called “awake brain surgery,” to have a tumor removed at Rome’s Paideia International Hospital. Per a press release, which includes photos of the procedure, neurosurgeon Christian Brogna led a team of more than 10 medical professionals through the process.

Preceding the procedure, GZ stressed to doctors how important it was that he retain his ability to play music after the operation. To that end, the saxophone was very much instrumental (literally and figuratively) to both the surgeons and the patient: As GZ played, doctors were able to map and monitor various functions of his brain. 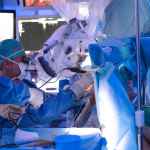 GZ alternated between playing the theme to the hit 1970 film Love Story and the Italian national anthem, filling the otherwise quiet room with music. After the procedure, he told hospital workers he experienced “tranquility” on the operating table during his unique performance. The procedure was a success and did not result in any loss to GZ’s cognitive function or musical ability.

Because every brain is different, each awake surgery must be specially “tailored” to the person being operated on, Brogna told CBS, and the surgeon must take special care to understand what they most want to preserve if a tumor is in a difficult area that could result in loss of function.

“When we operate on the brain, we are operating on the sense of self, so we need to make sure that we do not damage the patient as a person — their personality, the way they feel emotions, the way they get through life. The patient will tell you what is important in his life and it is your job to protect his wishes,” he said.

While astounding, the hospital room recital is not the first time a patient has played a musical instrument with their skull wide open. In 2020, a violinist played her instrument on the operating table in London; in 2018, a team of doctors in South Africa removed a brain tumor on a man while he strummed an acoustic guitar; and in 2017, a music teacher also played his saxophone while doctors worked on his brain.

Said Brogna in the hospital’s release: “Every awake surgery …  offers us a window into the functioning of this fascinating, but still in many ways mysterious, organ, which is the brain.”