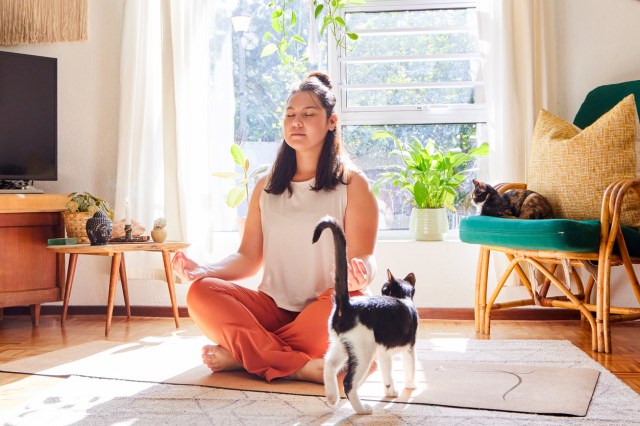 Over 40 million adults in the United States struggle with anxiety. Both medication and meditation practices, including mindfulness-based stress reduction (MBSR), have previously proved helpful for alleviating symptoms. But in a new study out of Georgetown University Medical Center (GUMC), researchers compared the two treatments directly for the first time — and found them to be equally effective.

The six-month trial included 208 adults with a mean age of 33 years, 75% of whom were women, and involved an eight-week treatment course. Half of the participants were given escitalopram, a generic version of the commonly prescribed antidepressant Lexapro. The other half participated in daily 45-minute MBSR sessions, as well as a 2 1/2-hour weekly meeting and a daylong retreat during weeks five or six.

They were then surveyed at the end of the two months, as well as at 12 and 24 weeks from the start of the study. Assessments were conducted by trained evaluators who did not know whether the participants had received medication or MBSR. Both groups reported about a 30% drop in their anxiety levels, according to a press release from GUMC.

The results not only offer further evidence that MBSR is a viable alternative for people who may not want to take medication, they could also encourage physicians to recommend the treatment and insurers and health care systems to cover the costs — which can run between $300 and $500 for an eight-week session, according to The Associated Press. 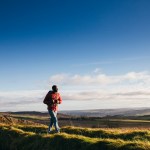 MBSR was established in 1979 and is based on principles derived from ancient Indian meditation practices. It has been used for stress management and to treat depression, chronic pain, and even ailments like cancer, diabetes, and skin disorders, according to a 2011 study.

“Somebody with anxiety tends to worry about bad things that may happen, like failing an exam,” Dr. Elizabeth Hoge, lead author of the recent study, told NPR. With MBSR, “When the thought comes up, then the person can learn to experience that as just a thought, not the truth or anything that needs to be acted on,” she explained, a method that results in decreased anxiety.

Though the results are exciting, it is worth noting that not everyone may have the time or luxury to participate in or keep up with daily 45-minute sessions with a trained expert, which Hoge believes is key. “If you want to take it seriously, you’ve got to get a teacher,” she said, adding, “I really don’t think apps are going to provide the same benefit as having in-person training.”

But although MBSR’s best results may be achieved during guided sessions, they can be conducted virtually anywhere, Hoge pointed out in the release: “A big advantage of mindfulness meditation is that it doesn’t require a clinical degree to train someone to become a mindfulness facilitator. Additionally, sessions can be done outside of a medical setting, such as at a school or community center.”

Overall, the study results suggest that people with anxiety disorders have options — and because treatments are not one-size-fits-all, having an effective alternative to medication could make a big difference in many lives.