How Animals Can Develop Kindness and Empathy in Children 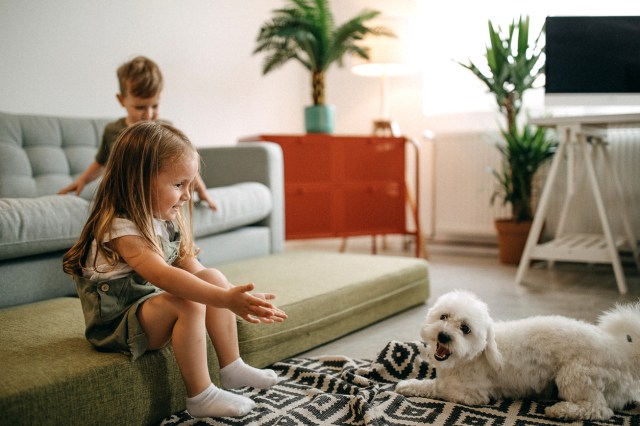 Are you one to stop and smile at every dog that walks by you on the sidewalk? Does the sound of birds chirping give you a warm and fuzzy feeling? Scientists have long observed that humans have an innate connection to nature and other living beings, and studies suggest that interaction with our furry friends can benefit both our mental and physical health. But they may do more than just make us happy. Particularly in children, animals have the potential to increase kindness and empathy.

According to the American Academy of Child & Adolescent Psychiatry, “a good relationship with a pet can also help in developing non-verbal communication, compassion, and empathy.”

In an article published by National Geographic this month, psychologist Hilary Kratz of La Salle University in Pennsylvania expounded upon the subject. “Humans are complex, so their behaviors can have many layers,” she said. “But when kids see an animal do something, it simplifies things in a way that’s more accessible: ‘If a dog can do this, I can do this.’”

Though not every behavior we interpret as being a show of compassion from an animal actually is — some may be survival mechanisms, for example — it seems perception matters more than reality in this case. “Children often see traits in animals that they admire and want to emulate them — for example, being powerful like a lion or cute like a bunny,” Kratz explained. “Seeing animals engage in positive social behaviors can encourage children to do the same.” 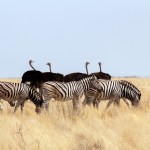 A recent study found that young chimpanzees and gorillas  living in close proximity to each other form lasting friendships, repeatedly seeking out their particular “buddy” to play and interact with.

Talking kids through relationships like this may help them grasp the same concepts in their own lives. Those concepts can then be put into action by having them socialize with children from different backgrounds. “It shows that we can celebrate each others’ differences as much as the similarities,” Jacqueline Rhew, a licensed clinical professional counselor, told Nat Geo. “It’s about being part of a larger community and being included. And the more you feel included, the better you feel about yourself,” she said.

Another great behavior kids may learn from observing animals is teamwork. Several species participate in mutualism — a type of symbiotic relationship between two living beings that involves working together to both of their benefits. Ostriches, for example, don’t have a great sense of smell, while zebras don’t have the best eyesight. It’s been observed that the two species fill in those gaps to help each other detect predators. 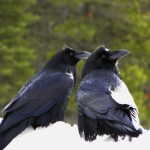 And ravens may be excellent models for both forgiveness and nurturing. Studies have shown that after the birds get in fights, they reconcile, leading to decreased aggression between the two in the future. They’ve also been observed consoling others that have been involved in conflict.

And perhaps one of the easiest, and most beloved, animals to observe is a pet dog. Man’s best friend earned the moniker for a reason: In addition to plenty of anecdotal evidence of alerting humans to danger, studies suggest they are also quick to respond to distress or even offer comfort to their owners with a lick or head nuzzle. So if your child is begging for a puppy for their next birthday, giving in may not be a bad idea.