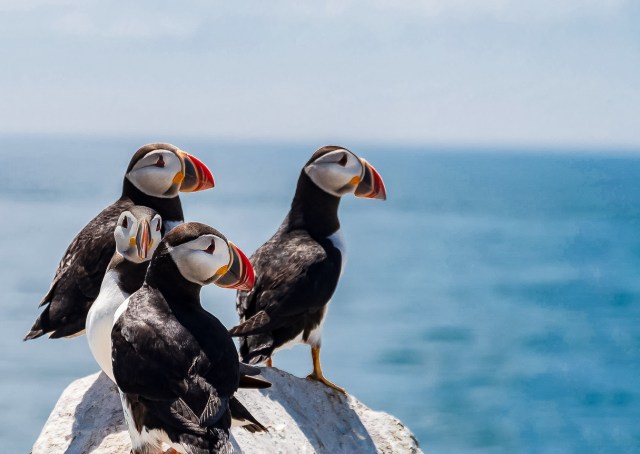 Don’t call it a comeback. Maine’s Atlantic puffins have been a state icon for centuries, but it wasn’t so long ago the population was in dire straits — dwindling to just a few birds by 1902. After decades of conservation efforts, the puffins — along with terns, guillemots, and Leach’s storm-petrels — are thriving again.

The cute and clownish puffin was once a mainstay along the New England coast, with colonies flourishing on Maine’s island shores. But their numbers decreased drastically in the 19th and 20th centuries as European settlers collected eggs for food and hunters shot the birds for meat and feathers. By 1902, there was only one colony and about four birds left, according to the Friends of Maine Coastal Islands National Wildlife Refuge.

Nestled on Matinicus Rock, a remote island 20 miles offshore near the U.S.-Canada border, the remaining birds held their own for decades until 1972, when an Audubon Society member brought puffin chicks from Newfoundland to stimulate the population, Good News Network reported.

The influx of new birds was a first crucial step in a long road to resurgence. Even as numbers gradually increased, the population grappled with new perils, including global heating and overfishing, which reduced food supply and made nesting more difficult, according to National Geographic. In 2009, there were just 47 puffin breeding pairs, according to Good News Network, and only 16% of tern chicks reached adolescent age.

“Success for these little seabirds is tied to healthy marine environments on which we all depend. They disappeared from Maine islands over a century ago because they had been overhunted, but these days puffins are telling us about a new threat. The changing climate is disrupting their ocean food and habitat,” the Audubon Society said in a 2021 newsletter. “To overcome these and other challenges, and following the example that first puffin parent set 40 years ago, our island teams will return each year to lend a hand and listen to what puffins can tell us about their world.”

With remarkable resilience, the puffins persisted, and so have conservationists. The Audubon Society’s Project Puffin, also known as the Seabird Restoration Program, is the first in history to restore a seabird species to an offshore island where it had been all but eliminated by humans, according to the publication.

“Today there are more than 1,300 puffin pairs nesting in Maine,” Audubon reports, with Good News Network noting that there are colonies on Eastern Egg Rock, Seal Island, and Matinicus Rock. “Project Puffin has become one of the biggest conservation victories of our time because the innovative lessons learned about restoring bird colonies are helping not only puffins, but seabirds worldwide.” 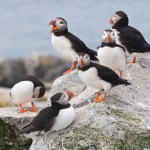 As researchers continue their restoration efforts along the coast of Maine, Don Lyons, leader of Project Puffin, said the birds are also helping to deliver valuable information about the environment and coastal ecosystem.

“We know that things are changing in the Gulf of Maine because the puffins are telling us,” Lyons told National Geographic, later adding, “I often describe puffins as our researchers. They go out and sample the ocean every day, multiple times a day, in ways that we would never be able to.”