How Beavers Are on the Frontlines of Fighting Wildfires 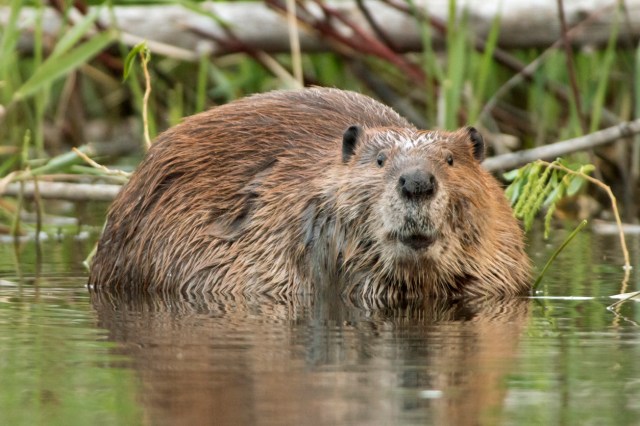 There are some unexpected heroes among the brave firefighters who protect civilians, animals, and plants from wildfires. Wildfires have a pattern of sweeping across North America during the hot summer months between June and August, and 2022 has seen a 112% increase in the average number of acres burned by wildfires in the last 10 years, per the Red Cross. Numbers like that are intimidating, but not to the local beavers.

Beavers are the continent’s largest rodent and their talents are indisputable. Their prominent front teeth and paddle tails are signature characteristics that have unique jobs. A beaver’s tail serves as a rudder when swimming, for balance while on land, and to signal danger by slapping on water, according to the Smithsonian National Zoo.

They build intricate systems of dams and have even found a solution for areas where there isn’t enough water. Using their tough paws and claws, they dig canals from their dams that spread water, reducing stream speeds and allowing water to seep more into the earth.

This is where beavers’ wildfire-fighting powers come in. The semiaquatic mammals have been proven to lower temperatures both in the water itself and the air with their network of ponds, streams, and dams. The natural temperature decrease is a potent fighter against wildfires and the damp earth can help reduce the spread of a blaze and the damage. 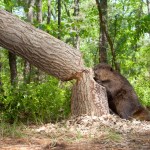 “Areas without beavers averaged three times more damage than those with beavers,” researcher Emily Fairfax, who conducted a study on how beaver wetlands affect wildfires, told The Washington Post. “Where you don’t have beavers or rain, plants dry out and become crispy fuel for fires.”

In addition to preventing damage, cooler and wetter beaver-rich areas become a safe haven for other wildlife that aren’t able to “out fly, out swim, or out waddle the flames,” she added.

To tap into beavers’ natural engineering and construction skills, fire-prone areas can invest in stream restoration to create habitats that are friendly to the animals and will prompt them to come in and get busy making dams.

“The more rivers and streams you have in healthy conditions,” Fairfax said, “the more fire resistant a region will be.”

As of October 6, 54,863 fires have burned a total of 6,933,854 acres in the United States this year. But among the smoke and fire, beavers continue to expand their environment and create strong obstacles that combat the heat, certainly making Smokey Bear proud.

RELATED: How Wild Horses Could Help With Wildfire Prevention in the US