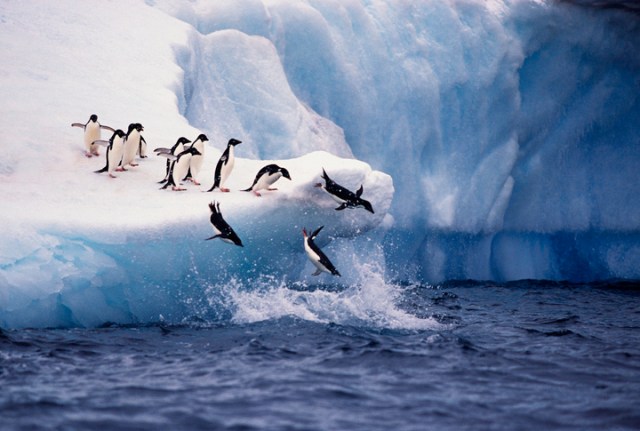 Recent research has shed new light on the evolutionary history of the world’s favorite tuxedo-clad bird.

In an international study published in the journal Nature Communications, scientists found specific genetic variations have helped penguins evolve, over 60 million years, from birds of flight to the skilled swimmers we know today.

The team of international researchers analyzed 27 genomes — the complete DNA set — of all living and recently extinct penguin species. They used that, as well as data from fossil records, to compare penguins’ genes with those of other birds, such as pelicans and albatrosses.

The penguin family comprises 17 to 19 species, which reside in various locales from the tropics to Antarctica, and they are all flightless. A 2013 study published by the Proceedings of the National Academy of Sciences of the United States of America may explain why. The study suggests penguins lost their ability to fly after learning to swim but before the polar ice caps formed. At this point, they were adept divers with wings better suited to swimming. In other words, getting off the ground became too much work for too little payoff.

“Although when most people think of penguins, they picture them among ice floes and being chased by leopard seals, penguins evolved to be aquatic creatures,” Richard Phillips, a seabird ecologist at the British Antarctic Survey and a co-author of the most recent study, said in a press release.

The new study illustrates in more detail how penguins evolved in response to climate shifts, enabling them to thrive on land and in water and in some of the world’s most extreme environments. It is one of the most comprehensive analyses of penguin evolution to date and the first to integrate data from living birds and fossils.

According to Insider, the first penguins emerged about 60 million years ago in Zealandia, near what is now Australia. From there, researchers think they migrated to South America and Antarctica. Experts believe the strong Antarctic Circumpolar Current, which circulated the globe, carried some birds to additional destinations about 30 to 40 million years ago.

As penguins moved around the world, they underwent various subsequent changes, including developing advanced thermoregulation and underwater vision, so they could adapt to some of the harshest climates on Earth

“This paper provides a step change in our understanding of which genes underpin these different adaptations,” Phillips said.

Although penguins’ transformation has been dramatic, they’ve evolved more slowly than other birds. Scientists say this could make them more vulnerable to the current effects of climate change, and understanding how past events impacted the birds is crucial to preserving their future.