What’s a “January,” Anyway? A Brief Guide to the Origins of Each Month’s Name 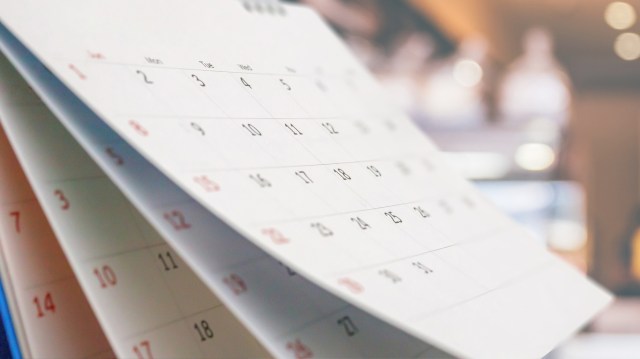 Have you ever stopped to wonder how the first month of the year came to be called “January,” or where the other months’ names, from “February” through “December,” actually originated? In case the start of another trip around the sun has you curious, here’s a brief overview of how we arrived at our present-day calendar system.

Most of the world now follows the Gregorian calendar — also known as the Christian or Western calendar, according to Timeanddate.com. Considered the most widely-used international standard for measuring time, the Gregorian calendar is a solar calendar based on a 365-day year that’s divided into 12 months. It replaced the Julian calendar, which did not accurately measure the time it takes Earth to make an orbit around the sun, known as a tropical year.

Prior to the Julian calendar, there was the ancient Roman calendar, which the Gregorian calendar is based upon. The Roman calendar was a far more “complicated lunar calendar,” per the Farmer’s Almanac; while it also featured 12 months in every year, initially only 10 of the months were seen fit to name. And wintertime has a long history of being considered a time for rest: In ancient Rome, it was a time when the government and military were inactive, which resulted in only naming the months that are now known as March through December. March was originally the first month of the Roman calendar, the British Museum’s website explains; a calendar reform eventually added January and February, albeit to the “end” of the calendar at the time.

Read on for a quick guide to how each month came to be known by its current name, courtesy of the Almanac and the British Museum. 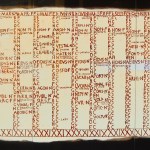 January
January is named after Janus, a Roman god whose domain was gates and doors. Janus was typically depicted with two faces, looking into both the past and the future. The gates of the temples dedicated to Janus were known to be left open during war and closed during times of peace.

February
A Roman festival of purification, known as “Februa” or “Februalia,” was the inspiration for February. Februa is a Latin word meaning “to cleanse.”

March
The Roman god of war was named Mars. Given that this was the time of year when military campaigns resumed following the “dead” period of winter, the mythological battle-ready god was an obvious source of inspiration for what is now referred to as “March.”

April
The Latin word aperire, meaning “to open,” conjuring the spirit of blossoming spring flowers, led to the naming of the month of “Aprilis” for the Romans. Aprilis eventually morphed into April.

May
The Earth goddess Maia, whose domain was to nurture and oversee the growth of plants, was the inspiration for “May.” The Latin word “maiores,” which means “elders,” was also tied to the time of the year, when elders were celebrated.

June
Goddess Juno, whose purview included marriage, childbirth, and the overall well-being of women, was the mythological wife of Jupiter, who was king of the Roman pantheon. The Latin word “juvenis,” which means “young people,” may have also had some influence upon the naming of the month.

July
July is derived from Julius, as in Julius Caesar — the Roman dictator, who counted among his accomplishments the Julian calendar, the predecessor to the Gregorian calendar. Initially, July was known as Quintilis, which is Latin for five.

August
Similar to the origins of July, August was also inspired by a well-known Roman figure, the emperor Augustus Caesar (grandnephew to Julius). The name Augustus came from the identical Latin word, which was defined as “venerable, noble, and majestic,” per Almanac. As was the case with July, August was originally known as Sextilis, because it was the sixth month of the early Roman calendar.

September
Originally the seventh month of the year in the early Roman calendar, “September” stems from the Latin word “septem,” which was “seven.” This naming trend would continue for the remaining months, as noted below.

October
“Octo” is the Latin word for eight, which is how the eighth month of the early Roman calendar came to be named. According to Almanac, even after the Roman calendar evolved to incorporate 12 named months, there were efforts to rename October after various other Roman emperors, to no avail.

November
You probably see where we’re going with this: The Latin word for nine is, indeed, “novem.”

December
And finally, “decem,” the Latin word for 10, inspired December.