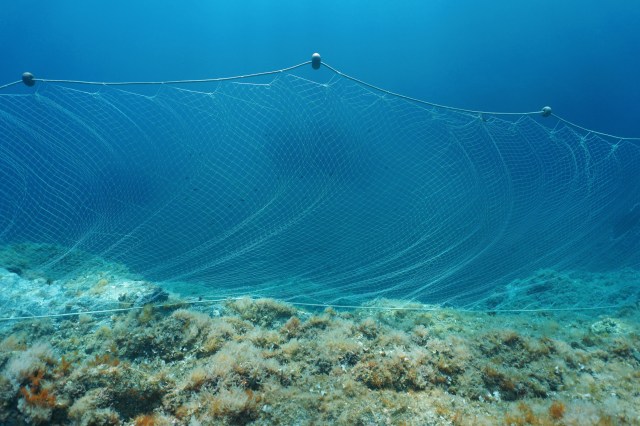 Light-up ocean fishing nets could be a possible solution to saving the lives of endangered and vulnerable marine wildlife around the world.

An illuminating study found that attaching LED lights to ocean gillnets drastically reduced total fisheries bycatch, or unintentionally caught species, by 63% — and still maintained the catch rates of targeted fish, according to the Wildlife Conservation Society.

The researchers, who published their results in the Current Biology journal, saw a 95% reduction in bycatch of sharks, skates, and rays, along with reductions in Humboldt squid, unwanted finfish, and sea turtles when the lighted nets were used.

Gillnets, walls of netting that hang in the water, are widely used around the world to catch different species of fish. But they also pose a major risk to endangered species and marine mammals — including whales, dolphins, and sea lions — which can become entangled in nets and unable to escape.

By attaching lights to these nets, the numbers of accidental bycatch could exponentially decrease each year. “These results demonstrate that the potential benefits of illuminated nets extend well beyond sea turtles, while demonstrating the strong promise for net illumination to mitigate discarded bycatch in similar coastal gillnet fisheries throughout the world’s oceans,” said lead study author Jesse Senko. 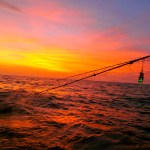 The study was conducted along the Pacific coast of Baja California Sur, Mexico, where green lights were attached to netting every 10 meters. In addition to the reduced bycatch of sharks, skates, and rays, the LEDs helped decrease how long it took fishers to retrieve and disentangle the gillnets by nearly 60%.

John Wang, a co-author on the study and Fisheries Ecologist at NOAA Fisheries’ Pacific Islands Fisheries Science Center, explained that reducing the amount of time fishers spend “untangling bycatch is equally essential as reducing the bycatch biomass in nets.”

Benefits of the lighted nets are twofold: they would help protect sea life and aid fishermen. “It is important for fishers to know that there are tangible benefits for them,” he added. “This is critical for the adoption of such technologies by the fishing industry.”