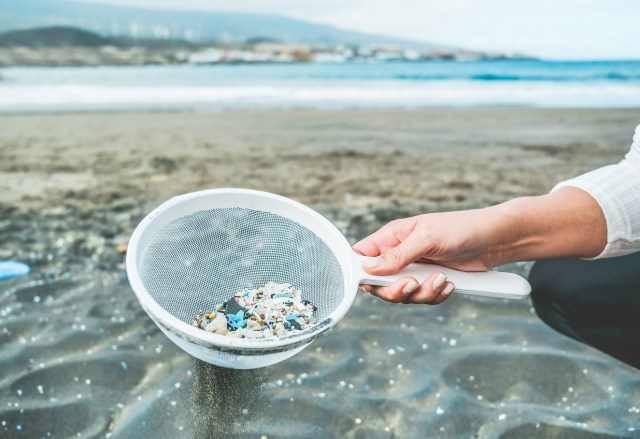 Scientists estimate there are at least 14 million metric tons of microplastics on the ocean floor, but these pollutants are everywhere — from the snow on Mount Everest to the bodies of honeybees. Due to their minuscule size, microplastics can also easily infiltrate the human body, and traces have been found in breast milk, blood, and lungs. While some are in the air, they also pervade drinking water, both bottled and tap. There are ways to remove microplastics, including membrane filtration, but they aren’t very efficient. So, one German nonprofit, Wasser 3.0, has designed an alternative solution using a whirlpool and hybrid silica gel.

Microplastics are less than 5 millimeters long — smaller than the average pearl — and are shed from products like cosmetics, polyester clothes, vehicle tires, and water bottles. Like other plastics, they don’t break down into harmless molecules. But microplastics’ small size makes them especially dangerous for people and wildlife that absorb and ingest them. 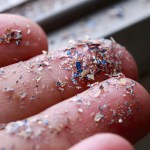 Katrin Schuhen, founder of Wasser 3.0, and her team created a compound called Wasser 3.0 PE-X, which acts as a clumping agent, CNN reports. The researchers place contaminated water in a tank, create a vortex using a whirlpool, and add the compound. The microplastics then lump together into table tennis ball-sized clusters.

The non-toxic compound is made of silicone-based chemicals called organosilanes, which attach to the microplastics’ surface, Schuhen told the outlet. Within five minutes in the vortex, the chemicals bond and carry the microplastics with them, forming the clumps. Once the clusters are removed, the water is plastic-free and the aggregate can be recycled for various purposes, like insulation or pavement for roadways.

The method works with any water, including freshwater, seawater, industrial, and wastewater, Schuhen said.

“Our mission is to keep the world’s water supply safe,” she added.

Research indicates microplastics are ubiquitous in drinking water. In a study published in 2017, 83% of 159 samples from 14 countries contained plastic. Of the nations involved, the United States and Lebanon had the highest rate of pollution.

The Wasser 3.0 team hopes their technology will be used in sewage treatment plants and industrial processes. Currently, microplastics from cosmetics, toothpaste, and laundering polyester clothing aren’t effectively filtered out in wastewater treatment facilities and often end up in water supplies.

Schuhen told CNN that Wasser 3.0 is affordable, scalable, and future-oriented. And as a nonprofit, the company reinvests its profits back into research.