Meet the Girl, 10, Who Wrote a Letter to Her Mayor Asking for More Softball Fields — And Got One: Exclusive 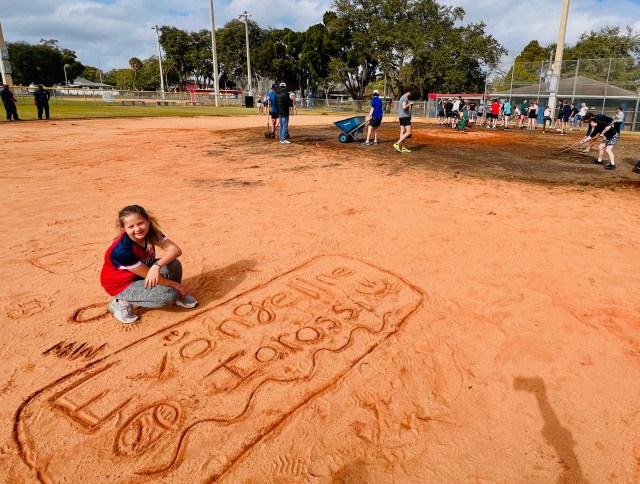 Evangeline Iarossi, 10, and her older sister Belle, 13, have been playing softball in their hometown of Tampa, Florida, since they were each about 4 years old. They love the sport, but there was a big problem: Only one softball field was available for all the teams in their local Little League to use. In contrast, there were four baseball fields.

Softball infields are clay and flat, whereas baseball uses dirt and turf, its fields are bigger, and they have raised pitching mounds, making them harder for girls to play on. After witnessing the stress that went into trying to schedule time on the field, and having to cancel practices or use the much smaller T-ball field at times, Evangeline decided that something had to change. In March of 2021, the then-8-year-old announced to her mother Brooke that she wanted to write to the mayor. 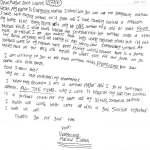 Evangeline had a specific reason to believe her letter would get through to Tampa Mayor Jane Castor. “She is a girl who played sports and she would understand the most,” Evangeline explained to Nice News. In her passionate appeal, she wrote: “I am aware that boys usually play more sports, but it’s not the 1800s anymore,” later adding, “I think we could both come up with a good solution together.”

She was right. Brooke dropped her daughter’s handwritten letter in the mail on a Monday, and by that Friday, she’d received a call from Heather Wolf-Erickson, the athletics director for Tampa’s parks and recreations department. Wolf-Erickson told Brooke the letter immediately stood out among the many the mayor’s office receives daily.

“It was ‘right place, right time,’ we all say, because it struck a chord,” Brooke shared. “The mayor played basketball collegiately, and so did the director of the parks and rec department, and then they had daughters in sports.” 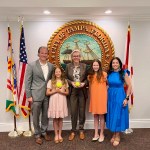 The women sat down together, along with Evangeline and Belle, to work out how to best address the issue. Soon after, the city applied for a grant from the National Recreation and Park Association in collaboration with Disney — and by January of 2022, Tampa had been awarded $40,000 to put toward parks and play spaces.

The money went to converting one of the baseball fields to an ADA-compliant multipurpose field, complete with new fencing and batting cages. Evangeline also received a commendation from the city, and was honored by the Little League World Series this past August, taking home a $1,000 grant for her local Little League.

“It really made me proud to help the community in such a big way because it wasn’t just for me but for everyone who loves to play softball,” Evangeline said about the impact her letter had. 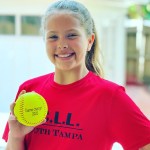 Her advice to other kids? “If you have any ideas about things, remember to speak out. God gave you a voice — use it!”

And she continues to use hers: Evangeline and Belle have started a 501c3 nonprofit called Not the 1800s to advocate for sports equality. In addition to wanting to “make the world a better place for everyone to live in,” Evangeline has another hope for the future: “It would be cool to get an appearance on the Jimmy Fallon Show.”

RELATED: Meet Maria Pepe: The Little Leaguer Who Paved the Way for Girls in Baseball