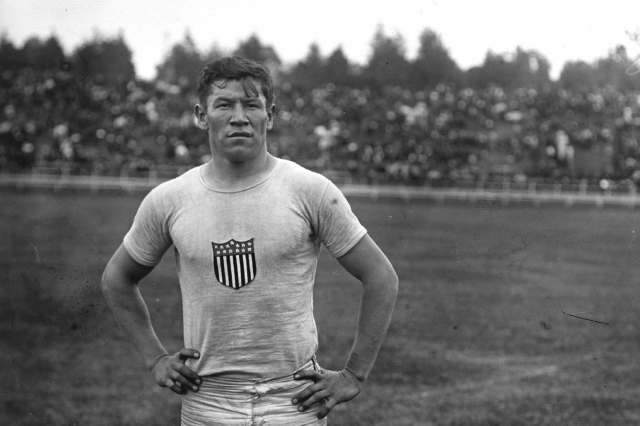 Over a century after being stripped of his laurels, Jim Thorpe, one of history’s greatest athletes, has been reinstated as the sole victor of the Olympic decathlon and pentathlon events at the 1912 Stockholm Games.

Thorpe, a Native American also known as Wa-Tho-Huk, meaning “Bright Path,” was dubbed by King Gustav V of Sweden as “the greatest athlete in the world” and celebrated his Olympic achievement with a ticker-tape parade in New York. But about six months later, officials of the Amateur Athletic Union (AAU), the precursor to the United States Olympic Committee (USOC), revoked his medals after discovering he had briefly played minor league baseball for two years prior, violating amateurism rules at the time. The contentious decision has been called the “first major international sports scandal,” the Associated Press reported.

“It hurt him deeply,” Kate Buford, author of the book Native American Son: The Life and Sporting Legend of Jim Thorpe, told the outlet. “The shame and shock of what was the first and biggest international sports scandal was like a nightmare that never ended.”

Nonetheless, Thorpe persevered. The Sac and Fox and Potawatomi athlete, who excelled in over a dozen sports, went on to play professional baseball and football, eventually becoming the first president of the NFL and securing a seat in the Pro Football Hall of Fame. He was also named the AP’s Athlete of the Half Century in a 1950 poll and, in 2001, received the title “Greatest Athlete of the Century” from ABC’s Wide World of Sports.

In 1982, 29 years after his death, the IOC recognized the injustice and declared Thorpe the co-champion of both events, awarding duplicate gold medals to his family.

However, Thorpe’s supporters wanted his Olympic records to be reinstated and continued campaigning for a full restoration of his status as the sole winner. About two years ago, the Bright Path Strong organization contacted the Swedish Olympic Committee and survivors of the late Hugo K. Wieslander, who had received the decathlon gold in Thorpe’s place.

“They confirmed that Wieslander himself had never accepted the Olympic gold medal allocated to him, and had always been of the opinion that Jim Thorpe was the sole legitimate Olympic gold medalist,” the IOC said, according to NPR. The Norwegian Olympic and Paralympic Committee and Confederation of Sports confirmed the same for Ferdinand Bie, who had received Thorpe’s pentathlon gold. The updated record will list Bie and Wieslander as silver medalists.

According to the IOC, World Athletics, the international governing body for track and field, said it, too, will update its records.

“This is a most exceptional and unique situation, which has been addressed by an extraordinary gesture of fair play from the National Olympic Committees concerned,” IOC President Thomas Bach said in a press release.

The Bright Path Strong organization applauded the decision of  “setting the record straight,” according to the AP.

“We are so grateful this nearly 110-year-old injustice has finally been corrected, and there is no confusion about the most remarkable athlete in history,” Nedra Darling, the organization co-founder and citizen of the Prairie Band Potawatomi Nation, told the publication.