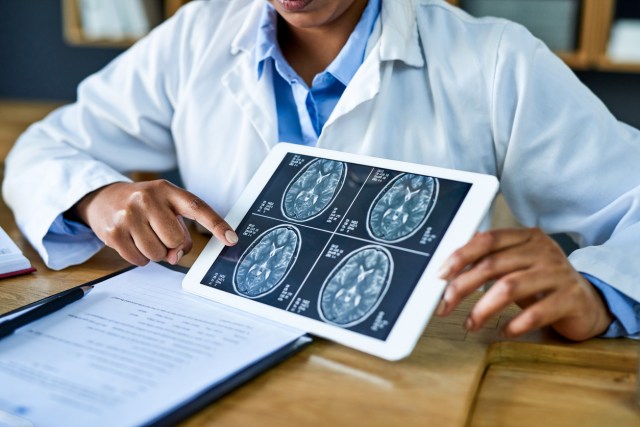 A team of researchers at the University of California, Los Angeles (UCLA) has identified a gene that plays a key role in the growth of glioblastoma multiforme (GBM), a rare and lethal brain cancer that has no known cure. The new research suggests that focusing on this gene, called P300, could help provide a therapeutic target for GBM, which is highly resistant to standard chemotherapy.

According to the National Brain Tumor Society, GBM can affect men, women, and children of all ages and backgrounds. Although rare, it accounts for nearly half of all primary malignant brain tumors, the five-year survival rate from diagnosis is only 6.8%, and “the average length of survival is measured in months,” according to a UCLA press release. Beau Biden, former Attorney General of Delaware and the eldest son of President Joe Biden, and U.S. Senators Edward “Ted” Kennedy and John McCain all lost their lives to this type of aggressive cancer.

Brain cancer is also incredibly difficult to treat. David Largaespada, a cancer researcher at Masonic Cancer Center, explained to M Health Fairview that “the tumor cells that we need to kill are behind this blood brain barrier, so many potentially useful drugs never actually get to them.” 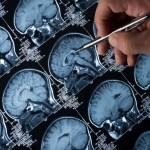 While examining P300, the researchers found that it “enables cancer cells that have been damaged by radiation therapy to recover by rearranging DNA and initiating a molecular mechanism that refortifies tumor cells for growth and survival.” By blocking the gene, the ability to set that process in motion was disrupted.

Their findings show that “radiation-stress” from chemotherapy and radiation therapy alters the functional states of glioma cancer cells, which can eventually lead to the growth of cancerous tumors.

“Instead of reconstituting the vascular system to carry blood supply, as has sometimes been theorized, these converted cells provide trophic support that enables the cancer cells to survive and grow under the hostile conditions created by radiation,” said senior author Harley Kornblum, a researcher at the UCLA Jonsson Comprehensive Cancer Center and the UCLA Brain Research Institute.

Added Dr. Sree Deepthi Muthukrishnan, assistant project scientist and co-author of the study: “Just as P300 plays a key role in changing the molecular landscape of glioma stem cells, inhibiting the gene’s function appears to block the phenotypic conversion. This suggests that small molecules that inhibit P300 HAT activity may be useful in preventing tumor growth and adaptive resistance of GBM.”

While the results are a promising glimmer of hope in finding a cure for GBM, particularly for patients and their loved ones, the study’s authors agree that further research is necessary “to fully uncover the underlying mechanisms at play,” per UCLA.