An Elevated Approach to Alzheimer’s Care: Inside the European Facilities Prioritizing Autonomy 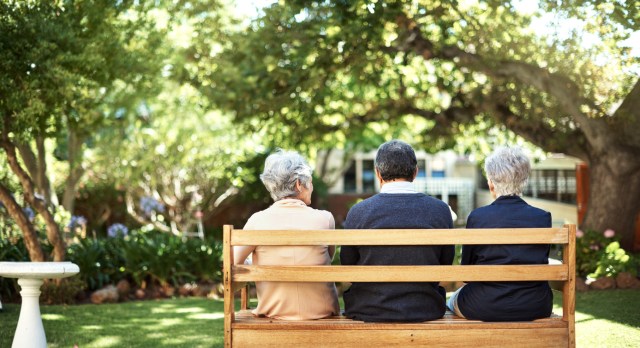 Families of relatives who are no longer able to care for themselves often turn to nursing homes to provide safe long-term care for their loved ones. For elderly patients living with Alzheimer’s disease and other forms of dementia, independent living becomes increasingly difficult due to the progressive loss of memory and brain function and an accompanying decline in the ability to perform everyday tasks that were once rote.

While reputable and well-run care facilities can provide security and support for patients, such safety is typically accomplished by providing diligent supervision and significant restrictions to the personal freedom of residents. In such environments, the comforts and familiarity of home are also often left behind.

But a handful of nursing homes in Europe are challenging this standard approach to Alzheimer’s care by creating vibrant and engaging environments for their patients, without sacrificing safety.

Take, for example, Hogewey, located in a town called Weesp, just outside of Amsterdam — a “village” which is, in actuality, an elder care facility. Described as “Dementia Village” by CNN, the facility mimics the appearance of a charming small town, complete with a post office, restaurant, grocery store, hair salon, and theater; the reality, however, is that they are all staffed by the facility’s caretakers, who monitor the residents as they freely roam the grounds and enjoy the landscaped scenery.

Shared homes are made up of about six or seven residents each, along with one or two resident caretakers, according to The Atlantic.

A particularly remarkable touch is applied to the appearance of the shared homes, which are decorated according to the style of the time period when the residents’ short-term memories last functioned properly. The smallest details of decor, from the 1950s, 1970s, and the 2000s, help to create a familiar and comfortable atmosphere for those dwelling within. Within these homes, the residents are under constant surveillance.

Inspiration for Hogewey struck one of its founders, Yvonne van Amerongen, after the death of her father. At the time, Van Amerongen was employed by a more traditional nursing home. “It was the moment my mother called me and told me my father had passed away suddenly,” she told CNN. “Nothing was wrong with him. He just had a heart attack and he died. One of the first things I thought was, ‘Thank God he never had to be in a nursing home.’ That’s crazy that I have to think that! I’m in the management of a nursing home and I don’t want my father to come here.”

The results, per CNN, are remarkable: residents at Hogewey require fewer medications, live longer, and appear to have more joy. Inspiration provided by Hogewey’s success has launched similar facilities elsewhere across Europe, including 1950s-style dementia villages in Fartown, England, and Wiedlisbach, Switzerland.

Over in Dax, France, the Village Landais, as profiled in The New Yorker, operates a facility that embraces a similar philosophy and approach to care. The complexities of a life with Alzheimer’s are navigated without stigma here, where residents are free to “shout, pilfer sweets, make tea at 2 a.m., sweep with the broom upside down, and handle sharp knives in the kitchen,” per the outlet. “Their cognitive troubles don’t permit them to adapt to our world,” explained Gaëlle Marie-Bailleul, a specialist at the Village. “We adapt to them.”

This curated experience allows residents to enjoy the appearance of life as they once knew it, minus the stressors of the day-to-day that are otherwise exacerbated by dementia. The grocery store omits cash registers and prices, so that the “the cognitive work of budgeting and paying has been conveniently edited out.” According to the New Yorker, “hallways are designed as loops, without dead ends, to reduce confusion; each resident has her own bathroom, with a mirror that can be folded up when she no longer recognizes her own reflection.”

While such facilities are made affordable due to their respective country’s socialized healthcare system, their successes are inspiring a closer look at how dementia is treated everywhere. The Atlantic notes that these facilities helpfully “call into question how much of dementia is a result of disease, and how much is a result of how we treat it.” With any luck, the lessons learned will have positive repercussions for Alzheimer’s patients the world over.