Feeling Forgetful? Why Misremembering Is Normal and How to Improve Recall, According to Science 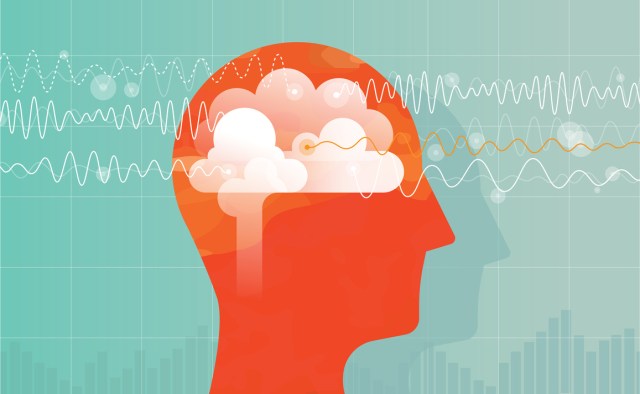 We all forget things and mix up details from time to time. Birthdays, capital cities, the name of that place where you had the best tacos ever just a few weeks ago, or perhaps one of the most commonplace causes of modern confusion: where in the heck you last left those car keys. But really, how normal is the act of misremembering? According to an article written by Robert Jacobs, a professor of brain and cognitive sciences at the University of Rochester, for The Conversation, imperfect recall or guesstimation may very well be your brain doing its job to the best of its ability.

Human memory has limited capacity, and according to Jacobs, some errors are inevitable, particularly when vague inputs and uncertain conditions and information are in play. Flawless perceptual and cognitive performance is an unrealistic expectation for humans, and with ambiguity, uncertainty, and deadlines thrown into the mix — seemingly constant aspects of modern life — Jacobs makes a compelling case for misremembering being normal and understandable.

Cognitive scientists generally acknowledge that the ideal cognitive strategy is to combine perception — things you observe and experience — with a general understanding of how our world typically works. But when we attempt to recall and think under pressure and deadline, and with a finite attention span, then, according to Jacobs, often a good enough solution is exactly that — good enough.

“Researchers have found that people tend to remember task-relevant details and to forget task-irrelevant details. In addition, people tend to remember the general gist of an item placed in memory, while forgetting its fine details. When this occurs, people tend to mentally ‘fill in’ the missing details with the most frequent or commonplace properties,” Jacobs wrote in his Conversation article. “In a sense, the use of commonplace properties when details are missing is a type of heuristic — it is a quick-and-dirty strategy that will often work well but sometimes fail.”

Not surprisingly, the myriad stresses, isolation, and limited social activity as a result of  the COVID-19 pandemic in its first few years also produced a noticeable decline in the cognitive function of some otherwise healthy adults, dementia specialist Joel Salinas from the NYU Grossman School of Medicine told The Washington Post. Salinas and other experts offer up several solid recommendations for optimizing your brain’s performance, and your overall well-being, such as exercise, good nutrition — including limiting alcohol consumption — and monitoring your health for underlying conditions that may impact cognitive function.

Advances in science are another source of hope when it comes to improving memory. Case in point: a recent study conducted by neuroscientist Robert Reinhart and his colleagues at Boston University produced some promising results for improving memory via a non-invasive and drug-free technique in older adults. In the study, a treatment in which electrical currents delivered through electrodes on the scalp — otherwise known as transcranial alternating current stimulation (tACS) — was administered to 150 participants between ages 65 and 88 over the course of four consecutive days. Different currents delivered to different parts of the brain produced tangible improvements to both the working memories and long-term memories of the participants. Specifically, high-frequency stimulation of the dorsolateral prefrontal cortex improved long-term memory, while low-frequency stimulation of the inferior parietal lobe improved working memory — and the enhanced recall of participants remained noticeable a month later. Those who began the study with the lowest levels of cognitive function experienced the most significant improvements.

According to the study’s co-author, Shrey Grover, future studies will focus on whether this technique can assist with other types of memory task, how long improved memory function can be maintained after the tACS treatment, and if the technique might offer hope in the treatment of conditions such as Alzheimer’s disease.

Many fellow neuroscientists are optimistic about the study’s implications. Simon Hanslmayr, a cognitive neuroscientist at the University of Glasgow, U.K., confirmed that the tACS protocol has provided compelling evidence of “consistent and quite strong improvements in memory.” Hanslmayr noted that delivering the tACS treatment for several days — versus a single session, which had been measured in previous studies — and utilizing older participants, who would be more likely to benefit from such treatment, may account for the particularly strong results.

“We’re hoping that we can extend upon this work in meaningful ways,” said Grover, “and contribute more information about how the brain works.”