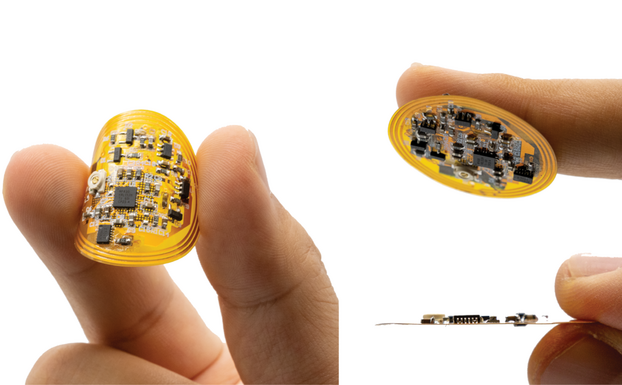 Researchers at Stanford University have developed a micro-thin bandage that they say speeds up the repair of skin tissue by simultaneously monitoring and treating the injured area — a small wireless patch that could provide hope and healing for those who suffer from chronic wounds.

According to the scientists’ study, published in Nature Biotechnology, the bandage comes equipped with integrated sensors and electrical stimulators that assist the healing of slow-to-heal injuries. According to the American Academy of Family Physicians, a chronic wound is one that fails to progress through an orderly and timely process of repair, and some can take decades to heal, which can lead to amputations or secondary conditions like depression.

Just as with any adhesive bandage, the team’s new “engineering marvel” protects against reinjury. But unlike a typical Band-Aid, the “smart bandage” helps the user to heal faster, using electrical stimulation to promote repair for chronic wounds that take longer to mend, per a press release. Electrical stimulation promotes the activation of an anti-inflammatory gene, which has been shown to increase tissue and muscle growth. It has also been shown to limit bacterial infections.. 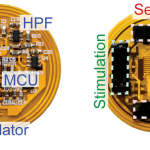 The electronic layer is a mere 100 microns thick, equivalent to a single layer of latex paint, but contains a host of technology — including a radio antenna, an electrical stimulator, and biosensors —condensed on a “rubbery, skin-like” polymer known as a hydrogel that “is integrated to both deliver healing electrical stimulation to the injured tissue and collect real-time biosensor data.”

When administered to a patient, the bandage monitors temperature as well as other biometric readings, per Popular Science, that track the wound’s healing process, and then sends that information to a smartphone wirelessly.

“In sealing the wound, the smart bandage protects as it heals,” the study’s first author, Yuanwen Jiang, said in a statement. “But it is not a passive tool. It is an active healing device that could transform the standard of care in the treatment of chronic wounds.”

Researchers are still working out some challenges with the device —  including increasing its size to human scale, reducing costs, solving data storage issues, and addressing potential clinical use roadblocks — and caution that it is still a “proof-of-concept,” not yet ready for widespread use. Still, it’s a promising possibility for the medical community and for those who have chronic wounds.

Said study co-author Artem Trotsyuk, chair of the department of surgery and professor of biomedical engineering at the University of Arizona in Tucson: “We think it represents a new modality that will enable new biological discovery and the exploration of previously difficult-to-test hypotheses on the human healing process.”