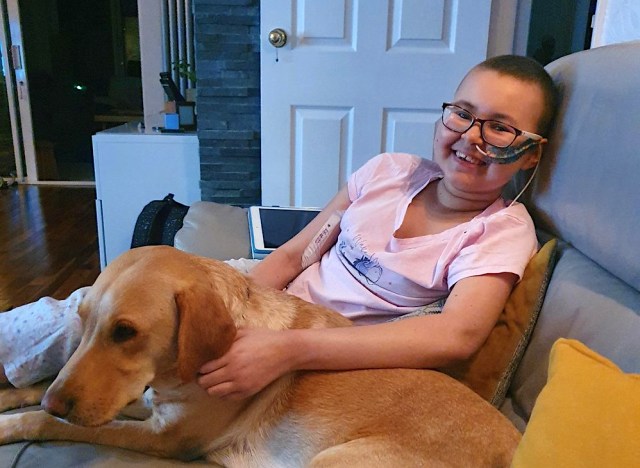 After receiving a “world-first” gene-editing treatment, a young teenager from Leicester, England, has been in remission for over six months from a form of T-cell leukemia that was once considered to be “incurable.”

According to Great Ormond Street Hospital for Children (GOSH), where she received the treatment, 13-year-old Alyssa was first diagnosed with T-cell leukemia in May 2021. After undergoing all current conventional forms of treatment, to no avail, Alyssa and her family made the decision for her to participate in a clinical trial administered by GOSH. A year after her leukemia diagnosis, in May 2022, she was admitted to the Bone Marrow Transplant (BMT) Unit and became the first reported patient in the world to receive base-edited CAR T-cells that originally came from a healthy donor. Less than a month after the procedure, the young teen was in remission. A second bone marrow transplant was then performed to restore her immune system — and as of December, she was at home recovering while continuing to be monitored closely.

“The doctors have said the first six months are the most important and we don’t want to get too cavalier but we kept thinking, ‘If they can just get rid of it, just once, she’ll be OK.’ And maybe we’ll be right,” said Alyssa’s mother Kiona. “Alyssa is very mature and you can forget she is just a child but hopefully this can prove the research works and they can offer it to more children — all of this needs to have been for something.”

The technique of base-editing, in simplest terms, involves “chemically converting single letters of the DNA code (single nucleotide bases) to change the T-cells,” making multiple changes to healthy donor T-cells, which includes a way for the modified cells to recognize and attack the cancerous T-cells.

Regarding the extraordinary result of Alyssa’s treatment, Dr. Robert Chiesa, who consults on Bone Marrow Transplant and CAR T-cell therapy at GOSH, said: “Only after she received her CD7 CAR-T cell therapy and a second bone marrow transplant in GOSH she has become leukemia-free. This is quite remarkable, although it is still a preliminary result, which needs to be monitored and confirmed over the next few months. The entire team here at GOSH are extremely happy for Alyssa and her family and it’s been a privilege to work with them over the past few months. We have been very impressed by how brave she is and nothing makes me happier than seeing her outside the hospital, going back to a more normal type of life.”

As reported by Business Insider, the technique of base-editing began in the lab of David Liu, a Harvard genomics researcher. In 2013, Liu corresponded with chemist Alexis Komor, and the pair began brainstorming the idea of base-editing. After spending the next few years deep in research, in April 2016, Komor and Liu published their findings in the scientific journal Nature. To date, their work has since been cited over 3,400 times and, per the outlet, has been key in launching numerous biotech companies.

Said Komor: “It’s really crazy that this Frankenstein genome-editing tool put together from all these different parts works so well.”

Following the success of Alyssa’s treatment, GOSH is aiming to recruit up to 10 patients with T-cell leukemia who’ve “exhausted all other treatment options,” per the media release, and enroll them in the trial. Should it prove successful, the hope is that the treatment can then be offered to children at earlier stages in their cancer diagnosis, and that the technique may prove viable for other types of leukemia.

Alyssa said of her decision to undergo the inaugural procedure: “Once I do it, people will know what they need to do, one way or another, so doing this will help people — of course I’m going to do it.”

Inspired by Alyssa’s example, other researchers are now testing base-editing therapies to treat other conditions; the FDA recently cleared a T-cell therapy, similar to the one used at GOSH, for human testing. In January 2022, Pfizer entered into an agreement with Beam Therapeutics, a biotech firm co-founded by Liu, to pay $300 million to collaborate on a number of base-editing therapies, Insider reported.

“Seeing more patients like Alyssa experience remission from this treatment would mean so much both to the researchers who developed base-editing,” Liu told the publication via email, “and to the communities of patients who might benefit.”