“A New Era of Rail”: Amtrak to Roll Out New Upgraded Train Fleet in 2026 — See Photos 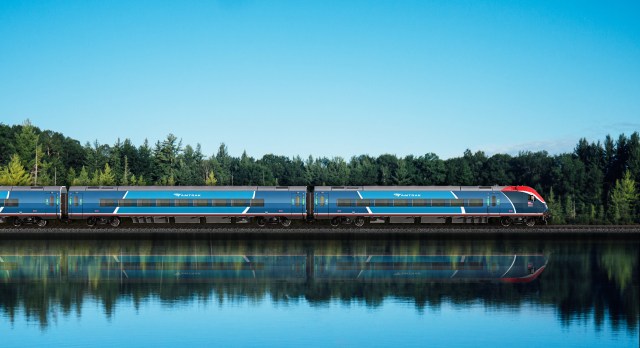 In a move that may encourage travelers to return to a more nostalgic and low-stress mode of transportation, Amtrak recently revealed that a brand-new fleet of more environmentally friendly railcars — called the Amtrak Airo —  is set to hit the tracks in 2026.

The new trains will represent the most substantial revamp of Amtrak’s fleet in its 51-year history, according to Conde Nast Traveler. One of the more substantial improvements is a focus on increased fuel efficiency and an approximately 90% reduction of particulate emissions during diesel operations. The new trains will meet Tier 4 emission standards thanks to a battery diesel hybrid configuration, per the outlet, and will utilize a more “seamless transition between electric and diesel operations,” going so far as to reduce travel times on some routes.

The new fleet is currently being manufactured by Siemens in California, thanks to funding provided by the Infrastructure Investment and Jobs Act (IIJA) 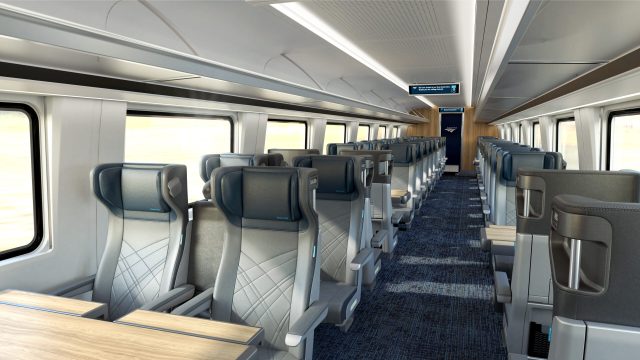 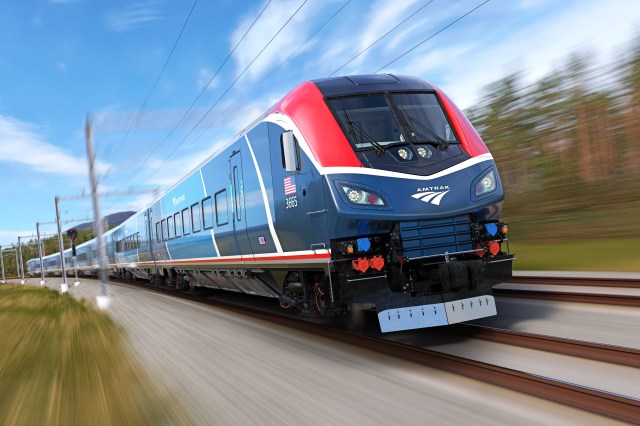 At a recent press conference announcing the new line, Janet Ho, from New York State Department of Transportation, expressed excitement over the technology. “This is really exciting since the battery will allow for zero-emission operations while the trains move through the tunnels here in New York City,” said Ho. “Outside the city, the battery will be used to capture and score braking energy to provide acceleration boosts when exiting other stations.”

Improved onboard technology will also help travelers stay charged up and connected while en route by offering dedicated individual outlets, USB ports, and onboard Wi-Fi, paired with other ergonomic upgrades like seatback tablet holders, moveable headrests, and bigger and sturdier tray tables. A redesigned café car will include self-service options along with attendants to serve those who prefer to be waited on.

“As we invest in the future, Amtrak is leading the way with a new era of rail,” Roger Harris, Amtrak’s president, said in a statement. “Our new trains will transform the Amtrak experience with significant environmental benefits, a progressive design and world-class amenities.”

Amtrak Media released renderings of the upcoming trains, as well as a video sneak peek of the new line, which showcases a modernized aesthetic, more spacious interiors, simplified signage, and panoramic windows. The new Amtrak Airo will first hit the tracks on the Cascades line in Washington and Oregon, and will continue to expand to northeastern routes and others across the country over the course of five years. In another video, Amtrak called the new line “a new era of rail.”

The introduction of the Airo fleet comes on the heels of Amtrak’s upcoming rollout of the Acela fleet in 2023, available to passengers traveling the Northeast Corridor, which connects Washington D.C., Baltimore, Philadelphia, New York, and Boston. The upscale Acela trains, manufactured by the French company Alstom, will include many of the same upgrades being made to the Airo fleet, including personal passenger outlets, USB ports, and contactless features in restrooms and luggage storage.

A number of Amtrak routes, including the Pacific Surfliner, the Coast Starlight, and the Maple Leaf, recently made Travel + Leisure’s list of “The Best Train Trips To Take Across America,” offering inspiration for travelers who’ve perhaps not otherwise contemplated domestic rail travel.

In the article, the outlet declared that “there’s a romance to train travel — the leisurely pace of a rail trip compared to the hustle of an airport or a crowded highway encourages you to relax.” And we couldn’t agree more.