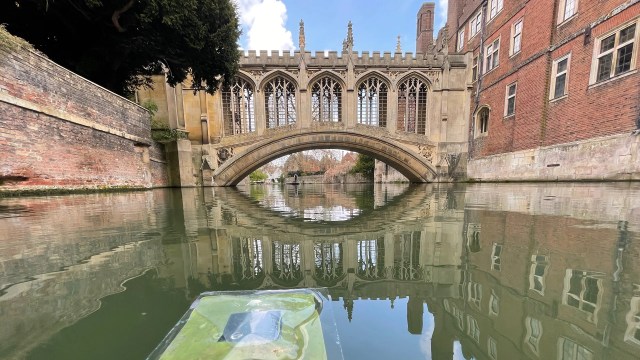 Researchers at the University of Cambridge in England have developed a new kind of flower power, creating “artificial leaves” that convert energy from sunlight and water into clean fuel.

According to an article published on the university website, scientists said they gleaned inspiration from Mother Nature. The lightweight, flexible devices work similarly to photosynthesis, the process by which green plants convert sunlight into food — and tests of the prototypes on the River Cam show they work just as efficiently as real leaves.

“Our artificial leaves work similarly to plant leaves,” Virgil Andrei, one of the study’s co-authors, told Gizmodo. “However, instead of sugars, we are producing useful chemicals.” 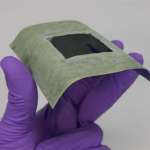 The new process is a major milestone for science: It’s the first time clean fuel has been generated on water, according to the university.

Also called syngas, the synthetic fuel is made of hydrogen and carbon monoxide molecules. “Tests of the new artificial leaves showed that they can split water into hydrogen and oxygen, or reduce CO2 to syngas,” the university explained.

Manufacturers often use it to produce other fuels like methanol and diesel, Gizmodo reports, but it can also be used as a fuel itself — and may provide a cleaner alternative to natural gas and oil.

According to the publication, the problem is that syngas is usually created using fossil fuels, and the process emits significant amounts of carbon dioxide. The artificial leaves, on the other hand, do not produce any such emissions.

Researchers hope that, because the devices are low-cost and buoyant, a scaled-up version of the prototype could be used on polluted waterways, in ports, or out on the ocean, and help to decrease the shipping industry’s carbon footprint. 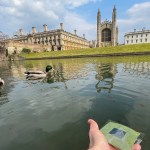 Cambridge notes that although green energy solutions such as wind and solar power are less expensive and more accessible than ever, specific industries, like shipping, are still struggling to decarbonize. Since about 80% of international trade involves vessels powered by fossil fuels, switching to syngas could significantly reduce worldwide carbon emissions.

Led by Professor Erwin Reisner, scientists at Cambridge have been working to address this issue for years. They developed a previous version of the artificial leaf in 2019, but its bulkiness and weight made it difficult to use outside of a few specific settings.

“Most [artificial leaf] prototypes are quite complex and can only produce fuels on a small, laboratory scale,” Andrei told Gizmodo. “Here, we wanted to redesign the leaf structure in order to make them compatible with scalable fabrication methods and materials and ultimately suitable for real-world applications.”

They found a way to “trim down” the device’s materials to reduce its weight without affecting performance. 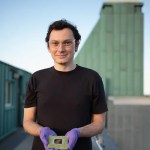 “As a result, our devices became so light that they were able to float on water, similar to lotus leaves,” Andrei told the publication.

While the team says more research and testing are needed to perfect the prototypes, Reisner told the BBC the new design “opens up whole new ways that these artificial leaves could be used.”