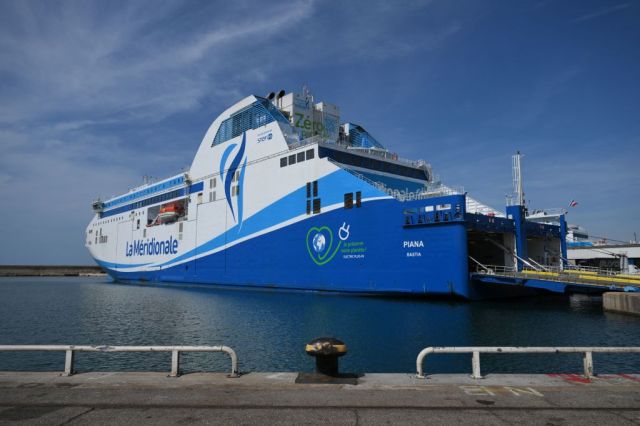 After three years of testing, the world’s first zero-emissions ferry has set sail from the south of France, raising hopes of a greener future when it comes to commercial water travel.

The ferry was crafted by shipping company La Méridionale, which sails from Marseille to three different ports in Corsica, an island in the Mediterranean Sea. Named La Piana, the vessel’s filtration system is inspired by “existing technology used in industrial and household waste incineration, and biomass power plants,” Euronews reports.

It utilizes a “fine-particle filtration system [that] can capture 99% of sulfur oxides and 99.9% of fine and ultrafine particles — the main air pollutants emitted by ships.” Transportation vehicles, like cars, trucks, planes, boats, and ships, release high levels of pollutants that damage air quality and increase Earth’s overall temperature. La Piana, however, has omitted the main components that cause environmental damage and instead is powered by electricity when docked. When at sea, it uses a filtration system that triggers “a chemical interaction with the minute particles created during combustion,” according to Euronews.

The ship’s design “works by neutralizing the polluting particles with sodium bicarbonate as they are emitted in the exhaust gases, then capturing them in filter bags” — significantly reducing its impact on the environment. Its departure from Marseille is a welcome change for the port, which is popularly frequented by cruise ships touring Europe. Known to release high levels of emissions, “large cruise ship[s] can have a carbon footprint greater than 12,000 cars,” according to a study published last year.

Now, newcomer La Piana is “an unprecedented solution, a world first,” La Méridionale chairman Marc Reverchon said at the ferry’s inaugural media presentation earlier this month, per France24. Passengers on board will find that the ferry is both environmentally friendly and a comfortable mode of sea transport: it offers ample seating, a self-serving restaurant, a children’s play area, and nightly movie showings.

By leading the charge for change, La Piana has set the bar for an emissions-free future that, over time, will heal the Earth’s atmosphere, protect at-risk marine life, and benefit society at large.