Gazing up at the night sky has a tendency to put life in perspective. But how about gazing deep into the primordial universe?

The James Webb Space Telescope (JWST) — the largest and most powerful telescope in the world — launched on December 25, 2021 and traveled nearly 1 million miles over almost 30 days to reach its permanent vantage point, a gravitationally-stable spot in space near earth opposite the sun. Once Webb’s optics aligned, scientists spent the next five-and-a-half months preparing and approving the telescope’s four powerful instruments and their 17 modes of operation. Then, on July 12, the telescope’s much-anticipated first images were finally released, and they’re magnificent.

The five stunning shots include a “glittering landscape of star birth” called NGC-3324 within the Carina Nebula, a stellar nursery about 7,600 light-years away. The image features what have been dubbed the “Cosmic Cliffs” for their resemblance to a mountain range but are actually the gaseous edges of a cavernous area inside the nebula. The other images are of the Southern Ring Nebula (a cloud of gas surrounding a dying star), Stephan’s Quintet (a grouping of five galaxies), WASP-96 b (a distant giant planet), and galaxy cluster SMACS 0723, which shows the faintest objects ever observed in the infrared.

“It cannot be said enough that an achievement like the James Webb Space Telescope is something bigger than any one of us. It’s bigger than any organization, than any country,” NASA scientist Michelle Thaller said. “This truly takes a planet — Webb belongs to all of us and starting today, the discoveries start and are not going to stop. This is just the beginning.” 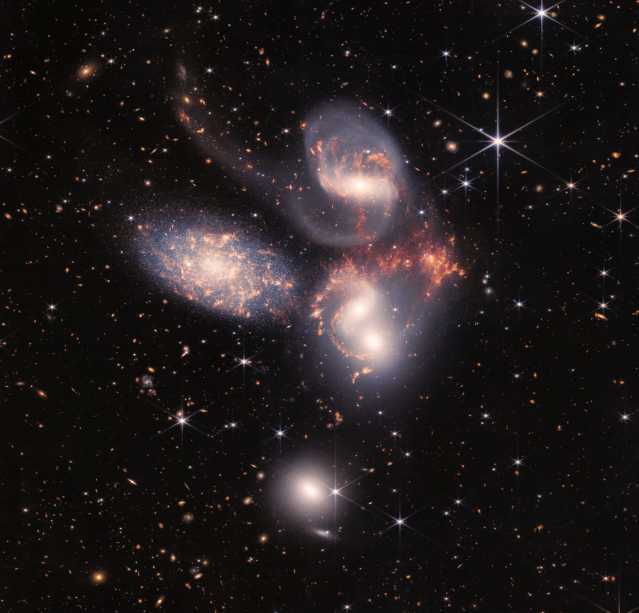 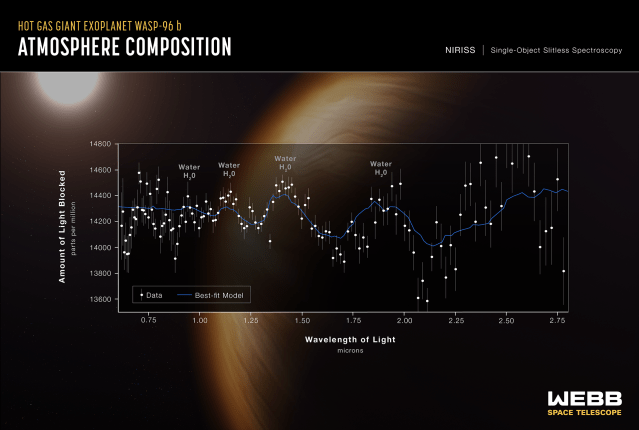 JWST is a collaboration between NASA, the European Space Agency (ESA), and the Canadian Space Agency (CSA) and has named four main observation goals: The End of the Dark Ages: First Light and Reionization, Assembly of Galaxies, The Birth of Stars and Protoplanetary Systems, and Planetary Systems and the Origins of Life. It will be able to peer 13.5 billion years into the past to observe the first stars and galaxies. Because it doesn’t use visible-light technology like other telescopes, it can penetrate massive dust clouds to capture more information about our universe. Scientists are hopeful that JWST’s observation of extrasolar planets will hold insight into the building blocks of carbon-based life.

Track the telescope as it orbits the sun, and check out NASA Live, the official stream of NASA TV.