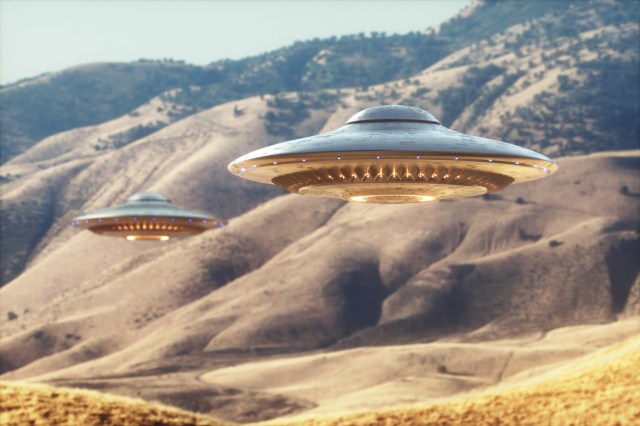 A poster on the office wall of UFO-seeking hero Fox Mulder in The X-Files famously declared that the truth is out there. NASA has decided to take its first official steps toward determining what that truth may be.

This fall, an independent NASA-commissioned team will embark upon a study of unidentified aerial phenomena (UAPs), or UFOs, as they’re more popularly known. The space agency recently announced the formation of this team, which will turn its attention to UAPs, while noting that, at present, there is no evidence UAPs are extraterrestrial in origin.

The team will consist of experts in the scientific, aeronautics, and data analytics communities. The study will begin this fall, and the group will then have roughly nine months to conduct its work and present its findings. It will be led by astrophysicist David Spergel, former chair of the astrophysics department at Princeton University, and currently the president of the Simons Foundation in New York City, and Daniel Evans, the assistant deputy associate administrator for research at NASA’s Science Mission Directorate, will oversee.

Thomas Zurbuchen, the associate administrator for science at NASA in Washington, weighed in on the purpose and nature of the endeavor.

“NASA believes that the tools of scientific discovery are powerful and apply here also,” he said in a press release. “We have access to a broad range of observations of Earth from space – and that is the lifeblood of scientific inquiry. We have the tools and team who can help us improve our understanding of the unknown.”

According to The Guardian, the study will cost no more than $100,000 and will exclude classified military data.

Zurbuchen has acknowledged that the traditional scientific community may likely view the study as “kind of selling out,“ adding, “We are not shying away from reputational risk. Our strong belief is that the biggest challenge of these phenomena is that it’s a data-poor field.“

The prospect of the existence of UFOs and intelligent extraterrestrial lifeforms has long excited the imagination of the world at large, with many hopeful humans devoting themselves to the search for proof of intelligent alien life. The breadcrumbs along the trail often provide tantalizing fodder for the debate. In a 2021 interview with The Washington Post, NASA Administrator Bill Nelson described his response to seeing a classified report on UAPs by stating, “The hair stood up on the back of my neck.”

Avoiding any influence from either the misgivings of skeptics, or the hopes of true believers in UFOs, the NASA team members conducting the study will have their work cut out for them in this historic undertaking.

Additional comments from study leader Spergel touched upon his belief in the importance of humility and open-mindedness throughout the process. “I spent most of my career as a cosmologist,“ Spergel told The Guardian. “I can tell you we don’t know what makes up 95% of the universe. So there are things we don’t understand.”