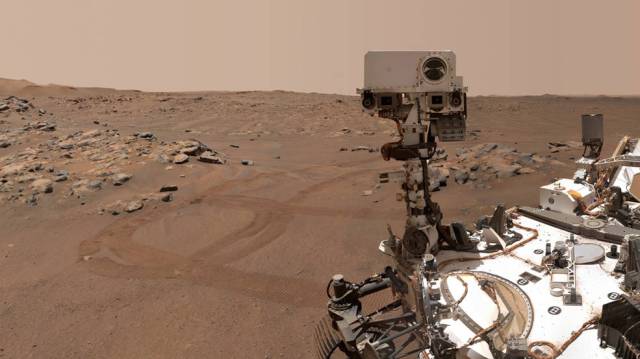 NASA’s Perseverance rover landed on Mars on February 18, 2021 to collect and cache rock samples, with a stated mission of paving the way for human exploration on the red planet. Now, the device’s rock collection is halfway complete — and according to NASA scientists, it yields promising signs of ancient Martian life.

The team leading the Perseverance project picked Mars’ Jezero Crater as the rover’s exploration spot. NASA Associate Administrator Thomas Zurbuchen described it as a “veritable geologic feast and one of the best locations on Mars to look for signs of past microscopic life.” The crater appeared to be the site of an ancient river delta, a potentially habitable environment billions of years ago, and an ideal location to explore and collect geologic samples.

“Now we know we sent the rover to the right location,” Zurbuchen said in a recent press release. “[The rover’s] first two science campaigns have yielded an amazing diversity of samples to bring back to Earth.”

The dried delta contained “diverse sedimentary rocks” and an interesting sample of igneous rocks, formed from crystallization of volcanic activity or magma, were discovered on the crater floor. 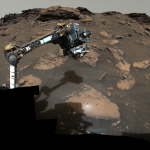 “This juxtaposition provides us with a rich understanding of the geologic history after the crater formed and a diverse sample suite,” explained Perseverance Project Scientist Ken Farley. “For example, we found a sandstone that carries grains and rock fragments created far from Jezero Crater — and a mudstone that includes intriguing organic compounds.”

Perseverance, affectionately called “Percy” by NASA scientists, cannot determine the origin of these geological samples on its own. NASA and the European Space Agency will orchestrate a sample return mission to pick up rocks from the crater region and send them to Earth in the early 2030s for examination, WIRED reported.

The detection of organic material alone does not mean that life definitely thrived on Mars, but it does look similar to the organic materials we’ve seen here on Earth, Sunanda Sharma, scientist at NASA’s Jet Propulsion Laboratory in Pasadena, California, told CNN.

“To put it simply, if this is a treasure hunt for potential signs of life on another planet, organic matter is a clue,” Sharma said. “We’re getting stronger and stronger clues as we’re moving through our delta campaign.”