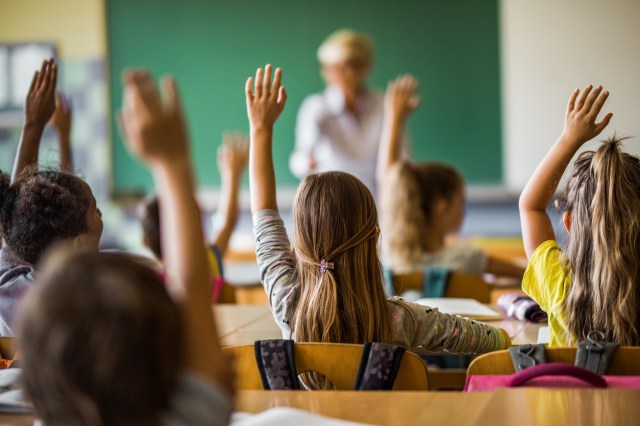 Self-regulation — the capacity to manage and moderate one’s emotions and actions — can be challenging for plenty of adults. And if you have a young person in your life, you’ll likely agree that of all the gifts that come with youth, impulse control is not necessarily one of the most prominent. But a new study found that teaching the skill to children as part of a school curriculum could have a major impact on their educational success.

Prior studies have suggested that early self-regulation abilities predict academic achievement. It’s also a generally accepted idea that the skill can be taught. More novel is the concept that self-regulation learning could be incorporated into the average school day in an inexpensive, time-effective manner.

Researchers at the University of Zurich in Switzerland and Germany’s Johannes Gutenberg University Mainz tested this idea by integrating a training course into several first grade classrooms, using a randomized control group to monitor over 500 students throughout the school year as well as three years later, per a press release.

The training program consisted of weekly 50-minute lessons over the course of five weeks, The Hill reports. Teachers used picture books and imagination exercises to guide students through the thought processes required to overcome obstacles and implement action.

The results were impressive: Students who took the course not only improved their emotional and behavioral self-regulation, but also improved their reading skills and their ability to catch careless mistakes. In addition, those students were more likely to enroll in advanced secondary courses in the following years.

“Thus, self-regulation teaching can be integrated into the regular school curriculum at low cost, is easily scalable, and can substantially improve important abilities and children’s educational career path,” the authors concluded.

The fact that schools can spend very little time and money to reap powerful rewards — namely healthier, happier, and more successful students — isn’t the only implication of the findings, according to lead author Daniel Schunk, professor of public and behavioral economics at Johannes Gutenberg University Mainz.

“The special feature of our study is the long-term ripple effects that this short training unit can have. These effects benefit the child, and they are transferred in many ways to society as a whole over the course of the child’s life,” Schunk said in the press release.

He added: “The fact that early investments in such fundamental skills not only benefit the child alone, but also society, should be given more attention in education policy.”